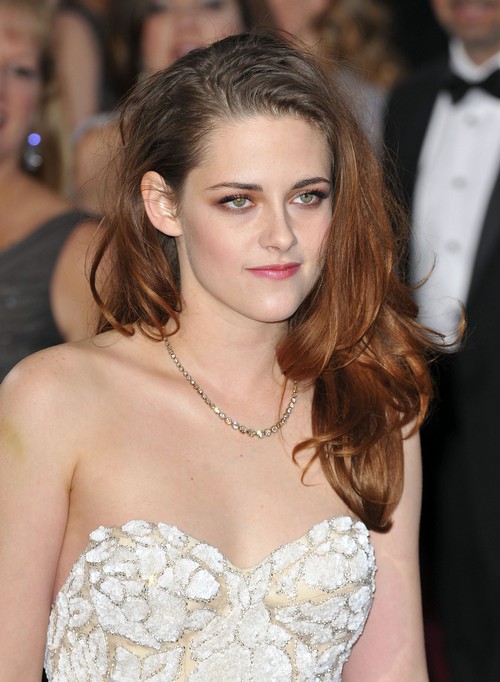 Kristen Stewart has her eyes on her next man, Patrick Schwarzenegger the son of Arnold Schwarzenegger, and Maria Shriver.  Now that the last of the Twilight Saga movies have been released, Kristen is free to dump her showmance with Robert Pattinson and move on to greener pastures.

Robert is away in Australia shooting The Rover in Adelaide and while the cat is away the Trampire can play.  According to a new report in Star magazine, “the actress has been on the prowl of late, and she was recently spotted flirting up a storm with hunky teen Patrick Schwarzenenegger!”

Apparently there was so much chemistry between Kristen and Patrick when they attended Taylor Lautner‘s birthday party that people told them to get a room.  “She was creeping on Patrick big time.”

I bet the Kennedy family is having  summit trying to decided how to remove Patrick from Kristen Stewart’s clutches.  The last thing they want is to have Patrick associated with someone who like her.

To read all about Kristen making the moves on Patrick, pick up the current issue of Star Magazine on stands Thursday.