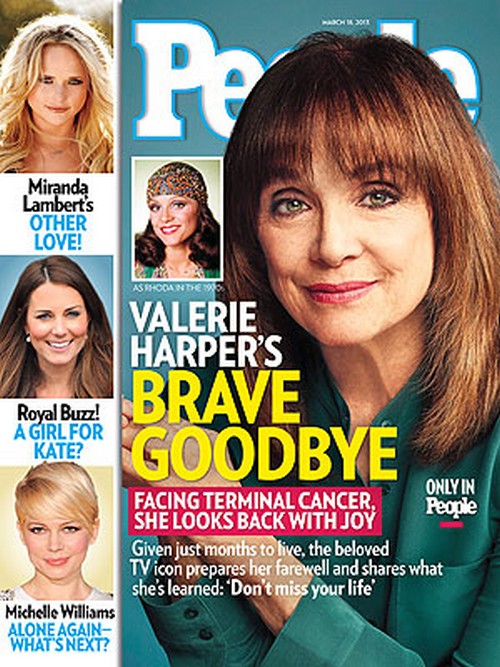 People has the exclusive interview, “A battery of tests revealed she has leptomeningeal carcinomatosis, a rare condition that occurs when cancer cells spread into the fluid-filled membrane surrounding the brain. Her doctors say she has as little as three months left to live.”

Valerie Harper, 73, told the magazine she is not thinking of dying she is just thinking of being alive now and enjoying every moment.  She councils people to, “Don’t miss your life.”

Valerie told the Today Show this morning, March 6th, 2013 that she had opted for chemotherapy to assist in the prolongation of her life.

Valerie most recently appeared in That 70s Show, Sex And The City and Desperate Housewives.  She is married to Tony Cacciotti and they have one child together.

To find out more details of Valerie’s diagnosis and how she is spending her days, pick up the current issue of People Magazine on newsstands Friday.