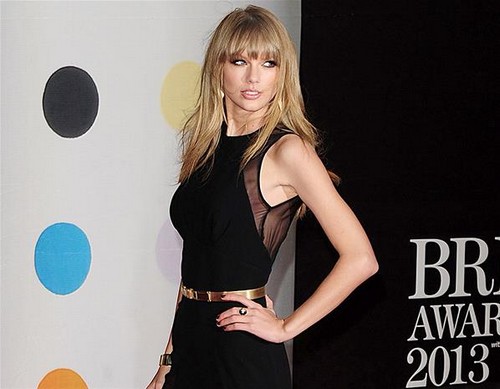 Chelsea Handler has suggested that Taylor Swift may have not even had sexual intercourse with any of the men she has been rumored to have dated. The comedian shared on Andy Cohen‘s show, Watch What Happens Live, that the country singer seems to be someone who will make their boyfriends wait for a long time before she ends up giving in; adding that Swift most likely prefers to just have a boyfriend without having to sleep with him.

Oohh – we wonder if this is going to inspire another song for Taylor, who’d probably be livid to hear about this. The 23-year old has been linked to Harry Styles, Conor Kennedy, Taylor Lautner, Joe Jonas, Jake Gyllenhaal, John Mayer and Cory Monteith… and that was only in a matter of years. So, in some sense, we can understand why Chelsea would say that; the guys don’t want to be having chit-chats and holding hands with Taylor, they want some action. Ha.

“My theory about Taylor Swift is that she’s a virgin,” the comedian shared with Andy Cohen on his Bravo show, before adding: “That everyone breaks up with her because they date her for two weeks and she’s like, ‘I’m not gonna do it.’ And they’re like, ‘Oh, well, forget it. Then I don’t want to date you.’”

When asked on what she made of Taylor’s comments about wishing Tina Fey would go to hell for her joke she shared at the Golden Globes about Taylor’s love life, Handler not only didn’t care, but added that little Ms. Swift doesn’t understand the meaning of a joke. “I think that was a bold statement, but I’m not on anyone’s side because I just don’t care enough,” Handler said. “I like that she’s being that vociferous about something that she thinks they were out to get her. They were clearly making a joke just about her demeanor, which is embarrassing. I mean, she’s just dated so many men.”