Kim Kardashian Suffers From Severe Stomach Pain — Did She Lose The Baby? 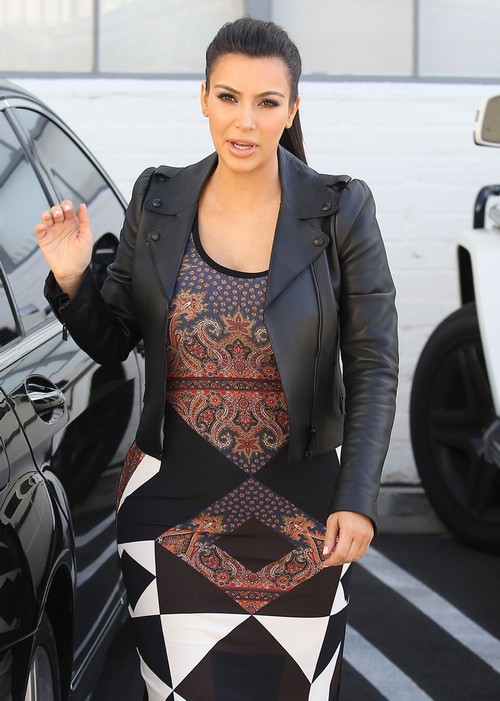 Kim Kardashian was baffled when she started feeling sick before her stomach starting paining her,- her instant reaction was that she must be suffering from a miscarriage. The reality star was on her way back from Paris, after a brief holiday with her boyfriend Kanye West at Fashion Week – where she was also seen dining with Frank Ocean and Ciara.

On her journey back to Los Angeles, however, the 32-year old is said to have been feeling serious pain right around her stomach, which had her calling her doctor immediately once she landed – she was scared to think that she may have lost the baby due to her stressful work schedule that her mom, Kris Jenner had been signing her daughter up for. Kim hasn’t really had a break since announcing her pregnancy; constantly making appearances all over the world!

The New York Post reports that as soon as Kim arrived at the hospital, she started to cry heavily as she begged her doctor to see if her baby was fine. Kardashian was so nervous, she even called up her mom who was left in utter shock upon hearing what her daughter had told her over the phone; she rushed down to see Kim immediately. Upon her arrival, Kim was assured that her baby was fine, but the pain could be a sign that she’s overworking herself too much.

An insider dished: “Kim’s not respecting her pregnancy,” a source told the paper. “She’s running around, working out seven days a week. She’s working with two different trainers to control her weight, including Tracy Anderson and a pregnancy trainer. She’s scared that her ass is as big as a couch and is going south, but she is having a very rough pregnancy, and doctors have ordered her to slow down.”

Kris is making Kim do way too much things during her pregnancy, it’s bizarre. She needs to rest and simply enjoy the 9 months, because once they are over, you no longer have the right to eat whatever you want. People will go back to criticizing you. Ha! Well, I hope this is a lesson learnt to Kris — don’t pressure Kim so much with work just because you want your 10% share of the money. That’s not very nice.