LeAnn Rimes Acting Unstable Again – Is She On The Way TO Rehab Again? (Photos) 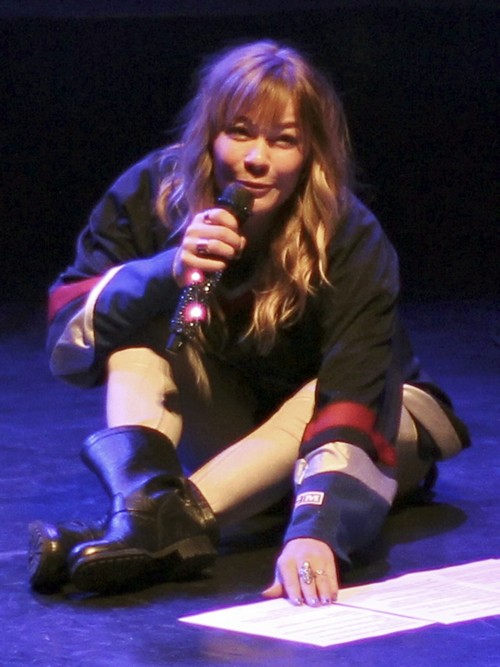 LeAnn Rimes seems to have suffered another breakdown and her friends are worried that the only way they can get her back to her stable condition is through rehab. The singer has been making constant headlines in the last few months as her feud with her husband’s ex-wife, Brandi Glanville, continues to grow. The Real Housewives starlet wrote a book, titled Drinking and Tweeting, which mainly focused on bashing the hell out of LeAnn and her ex, Eddie Cibrian, for what he did to her.

LeAnn was totally embarrassed by it all; from all the details that Brandi had written in the book to people asking her if it was actually true. Now, LeAnn isn’t exactly a tough woman. She may have the strength to steal other people’s husbands, but when it comes to feuding with other people, she is most likely to always lose the battle, and this one too. Rimes is said to have been overwhelmed by all the attention she has been getting through her feud with Brandi.

She is fed up with trying to prove to people that she is more than just a husband stealer,- having already said that she will no longer apologize for her past actions. Star magazine now writes that Rimes is on the verge to go back to rehab to sort her life out once again – note, LeAnn was in rehab last year too after suffering from a Twitter meltdown. YES, Twitter meltdown. LOL.

Less than five months after completing rehab for social-media-related emotional issues, LeAnn Rimes is falling off the Twitter wagon again. During her 30-day treatment at an in-patient facility last September, LeAnn, 30, learned ways of coping with the rampant criticism of her and her relationship with Eddie Cibrian. But after showing some progress, the singer has slipped in her recovery and unleashed a series of increasingly bizarre tweets.

On Feb. 5, LeAnn flew off the handle when a Twitter follower intimated that she was taking pole-dancing classes because Brandi was too. “I’ve been doing it for two years with my firend Liz,” she lashed out. “If you’re so obsessive, look at my old tweets.”

“LeAnn was supposed to not tweet any negative stuff or engage with people who don’t like her,” a source explains. “But she’s not sticking to that anymore. She is tweeting at people who aren’t fans and saying a lot of angry stuff about Brandi again. She can’t help herself!”

One of the major reasons for LeAnn’s increasingly unpredictable behavior is Brandi’s new tell-all book, which details the affair LeAnn had with Eddie.

“LeAnn got an early copy of the book, and she is absolutely livid at what Brandi says about her. Brandi paints LeAnn as a lunatic who stalked Eddie until she got him. There’s nothing she can do to stop Brandi, so she’s venting on Twitter.”

For her part, Brandi is unapologetic about slamming LeAnn. “I don’t care what LeAnn thinks of the book,” Brandi tells Star. “Everything in it is 100% true, so whatever she does will not affect me whatsoever.”

Brandi may not care, but LeAnn’s friends and family are worried about her. “She’s acting more and more unstable… her people are trying to rein her in again, but this is only going to get worse when people start reading the book. LeAnn might end up in rehab again!”

LeAnn, if you can’t handle the pressure, don’t be the one to start it in the first place. Had you never stole another woman’s husband, you probably wouldn’t have had to deal with most of the things you say people have put you through. You’re the only one to blame for it all. Sorry.