Kourtney Kardashian Gets Called Out By Scott Disick For Being Fat, Wants Her To Slim Down 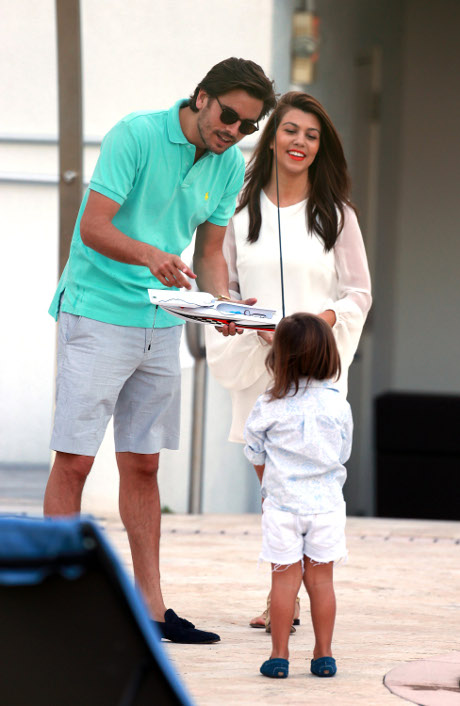 Scott Disick knows how to push the buttons with Kourtney Kardashian and this time, he didn’t fail to amaze us once again. Sunday’s episode of Kourtney and Kim Take Miami looks interesting, only because Lord Disick thinks it’s okay to hint at his girlfriend that she’s overweight and needs to lose some weight, which is pretty damn rude when you take into consideration that Kourt gave birth to Penelope over the summer.

Some women struggle to jump back in shape once they’ve had a baby, supermodels have proven to be very good at getting back into their small-sized dresses just weeks after giving birth, but Kourtney doesn’t compare herself to those kind of women. The 33-year old can be seen weighing herself as Scott and Kim watch, before she finds out that her weight is currently at 115lbs, which sounds pretty normal to us — but Scott sees the complete opposite.

He starts going on about how good she looked when he first met her, saying that she only weighed 93lbs… YES, only 93lbs — that’s clearly not healthy, is it? “What were you when I first met you?” to which Kourtney responded by saying, “Like, 95,” which is when Scott really takes it too far when he says: “I feel like 93 is the dream.”

It’s fair to say that Disick is a total douchebag, Kourtney looks fine to us; she’s far from being anything near fat and the fact she works out every now and then, takes care of her two kids and still tries to remain healthy by eating fresh food and cleanses her body says to us that she’s keeping herself fit. How she can date an idiot like Scott is beyond belief.