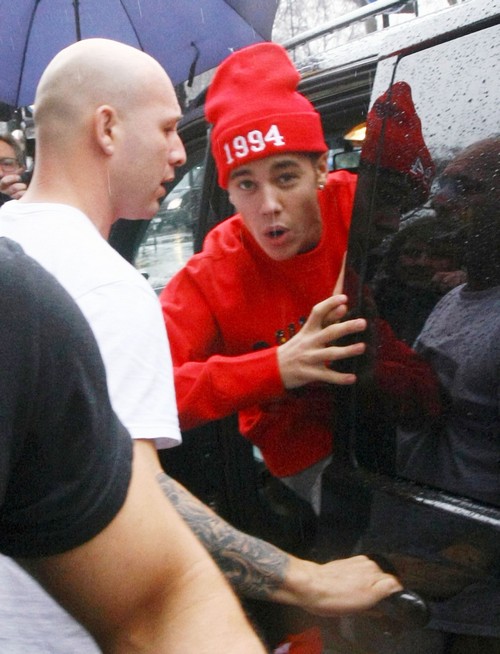 Justin Bieber has slammed reports that he will never return to the UK after getting himself in trouble with a photographer and having received a great amount of backlash for arriving late at his show last week at the o2 Arena. Parents were furious that they had to wait an additional two hours before he arrived on stage, but by then, many had already left and demanded their money back — the show supposedly went on til 11PM.

The 19-year old, who is currently in Portugal as he continues his concert gigs, was said to have been heard screaming on top of his loungs “I am never coming back here” as he jumped on a plane to his next destination. But, of course, Bieber wasn’t going to let these rumors fly — he felt like people were just trying to make him look like a bad person and therefore needed to set the record straight.

The singer says he never said he won’t come back to London, despite the terrible birthday party he had, along with all the other shenanigans that happened over the week. He still loves his fans and will be back for sure, he tweeted to his fans when he said: “lol. i see the tweets from the UK fans. I was never scheduled to be on any tv show saturday night. just rumors…again. lol

“i was always scheduled to leave the UK that day…and I loved every show I had at the O2 this past week. the UK Beliebers are incredible… i will be back. and i will see u again. and I am grateful for all of u. U are what made some of the other stuff 😉 worth it…. i love my #beliebers – relax. i always got u. always gonna be there. much love”

Phew! For a minute, my heart stopped!