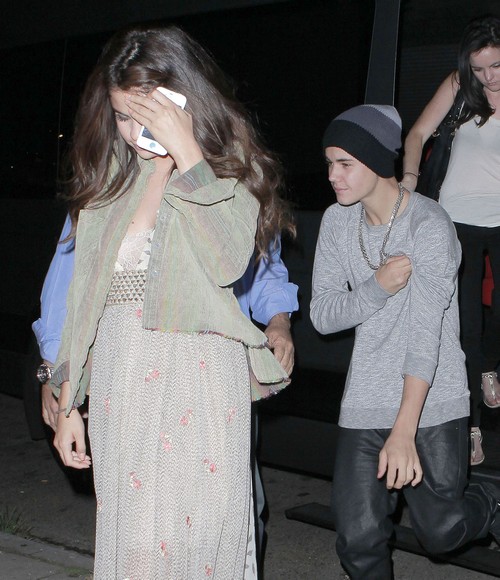 Justin Bieber‘s former drug-addict mother, Pattie Mallette has been discussing plans on getting her son back together with his first true love, Selena Gomez. The couple had split earlier this year after Selena was getting sick and tired of seeing Justin get himself into trouble; the weed pictures, cheating allegations, behaving badly with friends and the constant arguments were all getting too much for her.

Selena had kept Justin grounded for the past two years, but he’s odd behavior in recent months seems to have baffled her; she wants someone who loves her as much as she loves them, not some child who can not appreciate the good things he has at home. As said as it all sounds, Pattie is on a mission to get her son back with his ex because she definitely doesn’t want to see her little one end up like her at the age of 19. Pattie was doing all kinds of things, smoking weed, taking drugs and getting pregnant.

Meetings have ben held in hopes that they can get the two together and have them talk it out: “Selena is incredibly grounded and very mature for one so young,” a source said. “She was a superb, calming influence on Justin and didn’t stand for any of his nonsense. She is also just as big a star as him which meant there was no ego with either of them.”

“His mom Pattie has been instrumental in trying to reunite the pair and told Justin to reach out. With all the trouble he’s been having of late, Selena was one of the first to get in touch and offer her support. The hope is that they will meet up somewhere quiet within the next three weeks. Both have use of a private jet so distance isn’t a problem.”

Oh, so Pattie thinks she can revive this doomed relationship? Hhhaaaahahh… no!