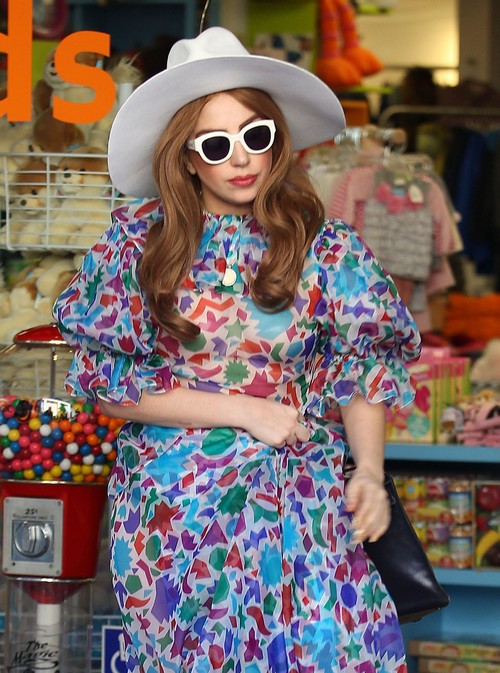 Lady Gaga is joining the star-studded list of celebrities who are tying the knot this summer; Jennifer Aniston and Justin Theroux, Angelina Jolie and Brad Pitt. The singer has told friends and family she is ready to walk down the aisle to her boyfriend of two years, Taylor Kinney — their relationship is unexplainable, she tells pals.

Gaga wants to marry Taylor because he is the only man she has ever felt such a strong connection for… she knows he’s the one, and reasons why she wants to marry over the summer because she still has a lot of work to get on with before her and Taylor’s schedule clear which will give them the perfect opportunity to get hitched. Aww, good for her.

Of course, these are all still early plans and nothing has been made official just yet, but friends of the singer are already gushing over how much she’s in love with Kinney. She shares so much in common with his family, they all get along well and adore her very much — Taylor is the best boyfriend she has also ever introduced to her own family, another pal claimed.

“She’s told me he’s the one and you know that instantly when you see them together,” a friend shared. “They were made for each other. At first I thought he was too hot to be cool but now I think he’s totally awesome.”

“From all I’ve heard, I don’t think I’m dropping a secret by saying they are ready to get hitched this year. There’s a summer period when his shooting schedule will be clear and her concert and studio commitments will be minimal, so expect an announcement some time soon. She spends so much time in Chicago, because that’s where Taylor needs to be. So when she has time to be wherever she wants to be, she’ll be with him.”