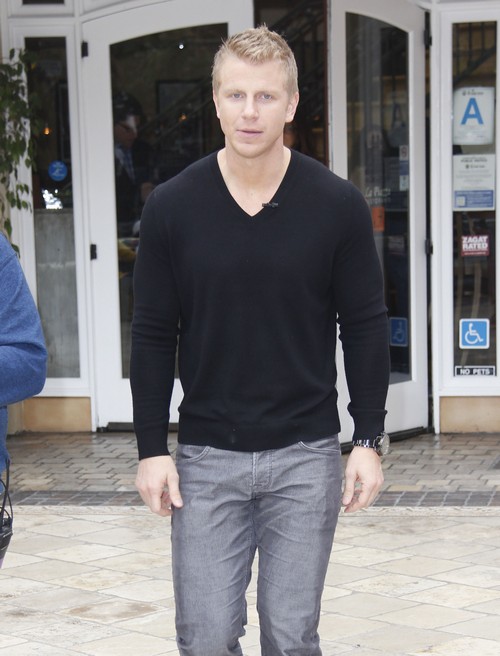 Oh boy ladies, Sean Lowe may be a hottie but don’t let the latest Bachelor’s good looks fool you, he’s hardly a party boy. Instead he’s a bit of a walking double standard. Sure he loves to show off his ripped body and has had no problem modeling for fitness magazines. He has become a bit of a gay icon because the boys love him just as much as the ladies do. He also is a total night owl and according to the latest National Enquirer, Sean exists on little sleep.

Sounds like a fun guy right? Well, maybe. Sean is a bit of a wordsmith and obsessed with Words With Friends. He also likes to stay up working or studying, depending on what the situation requires. By now I think everyone knows that Sean is deeply religious and has served as a Prayer Warrior in his Baptist church.  He’s also refusing to have sex again until he is married. So his fiance (that will be officially named tonight) is enjoying hot nights at home staring at Sean’s six pack while playing checkers.

Sean is pretty boring compared to his Bachelor predecessors. Do you really  think that when Catherine and Lindsay were fantasizing about their dream guy, Sean is really what came to mind?  Or are they both along for the ride and enjoying the 15 minutes of fame that comes with it?  Do you think Sean will actually walk away from this experience finding true love and a new wife? The couple is said to be fast tracking towards a wedding, on-camera of course. Sean feels it is necessary to give viewers the wedding since they watched the coupler get together.

Is Sean your kind of guy or would you be bored to tears? Tell us your thoughts in the comments below!