Kristen Stewart And Robert Pattinson Rarely Speak To Each Other, The End Is Coming 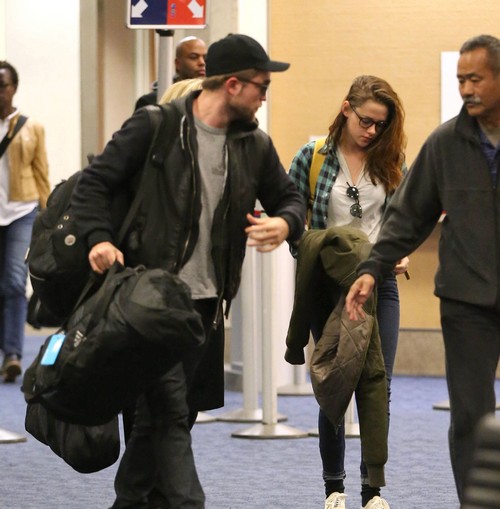 Kristen Stewart is sick and tired of Robert Pattinson not only ditching her calls, but failing to ever get in touch with her seeing that he’s currently in Australia shooting his new movie, The Rover. The actor and his girlfriend have had a pretty damn rocky relationship ever since Kristen came out that she cheated on him with Rupert Sanders — their relationship has never been the same since.

While Rob has been in Australia, Kristen has been spending time with their close friends in LA a lot, mainly because she gets the feeling that Robert is close to her when she’s with them; she feels that’s the only way she feels close to him, now that he doesn’t even bother calling her anymore. It’ unsure what’s going to happen once Pattinson gets back from his trip, but now that it’s clear he can’t even make the effort to let her know how his day is going, the end is soon to come.

Stewart has also been spotted out with best friend Marcus Foster a lot,- he’s close pals with Rob and Kristen, so having him around was very much appreciated by the actress, but now that he had to leave, she’s back to square one… desperately trying to figure out how to get in contact with Rob. “She is sad that Marcus has left LA, he makes her feel close to Rob and brings her a lot of comfort. I think he also reminds her of all the fun times she used to have with Rob and the whole music scene,” a source revealed.

So why’s their relationship so difficult? A source continued: “Kristen has no immediate plans to visit Rob in Australia. The two of them do speak, but not as much as she would like to.” Wowza! So not even Kristen can make the effort to see her beau Down Under. Well then, just break up!