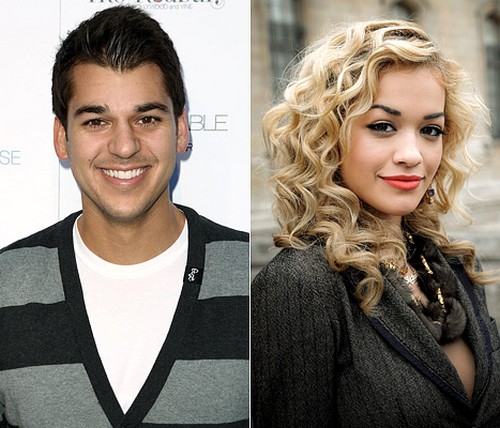 Rita Ora says Rob Kardashian almost killed her career, yet she still continues to speak about him in interviews. Clearly she’s looking for attention seeing that she still hasn’t had a hit in the States. Aww, boohoo!! The R.I.P singer was caught up in a nasty break-up from her relationship to Rob who exposed her on Twitter saying she had slept with twenty men while he had gotten her pregnant.

It’s fair to say that the particular story had millions of people questioning about what kind of person Rita really was; could be possibly be a whore? Making allegations like that can definitely be career damaging, especially when you’re a newcomer in the music industry, so we can understand where she’s coming from, but then again, it’s her fault for getting herself in a romance with a Kardashian. Haha!

Rita believes that Rob is not “mentally stable” for the lies he created on the social-networking site, making people believe things that weren’t even true. Rita also feels that retaliating to stuff like that is pathetic, she wouldn’t go down to that level that psycho Rob is on. “I don’t vocalise things that don’t deserve attention,” she told Look. “But it was something that was so unnecessary. Why would you flood people’s brains with unnecessary s**t?”

“In my world, things like that just aren’t important. Twitter… can ruin your life. I thought I nearly had a ‘ruined’ moment, but no.” She continued: “When you’re involved with someone for a while and they decided to express their feelings to the public – that’s not my personal way of therapy, but I guess everyone takes split-ups differently. You should have to sit an exam before you go on Twitter to see if you’re mentally stable.”

Okay, she makes a point in some cases, but she’s still an idiot for dating a Kardashian.