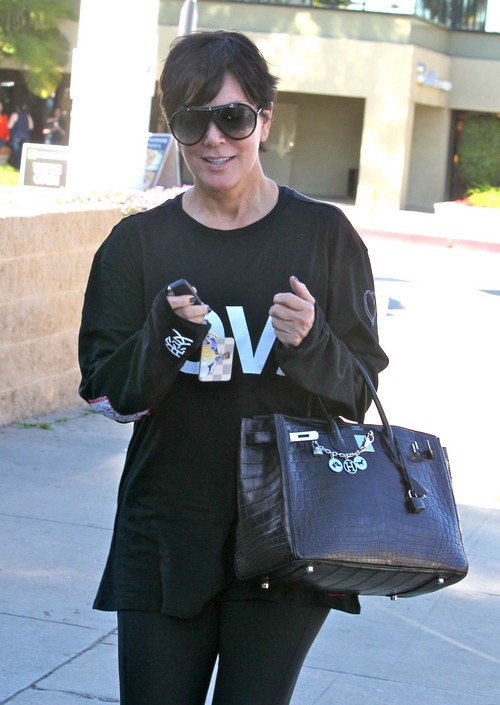 It looks like maybe the apple really doesn’t fall far from the tree! Decades before Kim Kardashian was caught screwing Ray J. on video, on purpose it looks like her mom, Kris Jenner also made a movie or two with then husband Robert Kardashian. Apparently back in the 1980’s Kris found it pretty liberating to film herself and had as much fun getting turned on watching herself perform on camera. According to a source for The National Enquirer, her ex-husband overheard his then wife bragging to friends about the video.

Remember awhile back it was rumored that Kris helped orchestrate Kim’s video with Ray J? Doesn’t this story make you wonder about the validity of that one? Kris loves to brag to her kids about her exploits so I could imagine Kim sharing that her boyfriend wants to make a video and Kris telling her to go for it.

Do you think Kris made a sex tape? Tell us your thoughts in the comments below!