Miley Cyrus and Liam Hemsworth Have Broken Up! 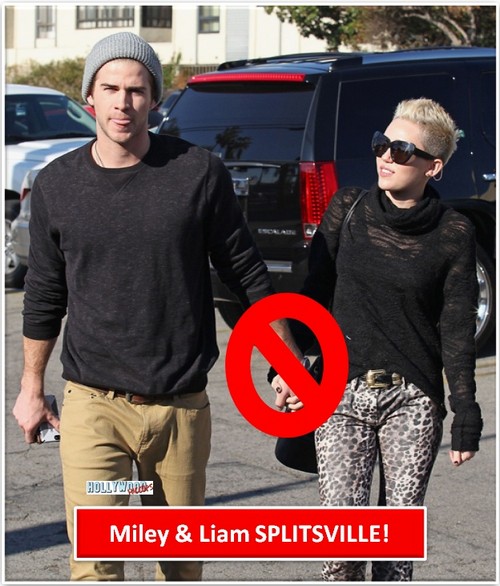 The internet has been abuzz with news that Miley Cyrus and her fiance Liam Hemsworth were done and the engagement is off.  It all started when Liam was caught in the back of a car with January Jones, oh my!  Reportedly 20-year-old Miley went into a little hissy fit and removed her engagement ring and tore a strip off of Liam.  Poor Liam was so tired of her rantings, he headed off to a place down under (Austalia) to get some breathing room.  “He needed to get away from Los Angeles and spend some time with his brother and friends.” Today the NY Post is reporting that it is official and Miley and Liam are done.  “Miley and Liam are done; it’s over. She likes to party really hard and can be pretty wild. It became a problem for him,” reports their source.

Miley has always suspected that Liam has a wondering eye.  Liam has been super popular with the ladies especially since starring in the Hunger Games.  Miley is crazy about Liam but she does not always treat him right.  Because of her insane jealousy she plays games and Liam is just not into that!

To find out more about what the source had to say about Liam’s roving eye, head of the Tattletalzz HERE!

What do you think is it all over but the crying for Miley and Liam?  Miley has taken to twitter to deny the rumors, but generally where there is smoke there is fire.  Hit the comments and let us know your thoughts on this matter!