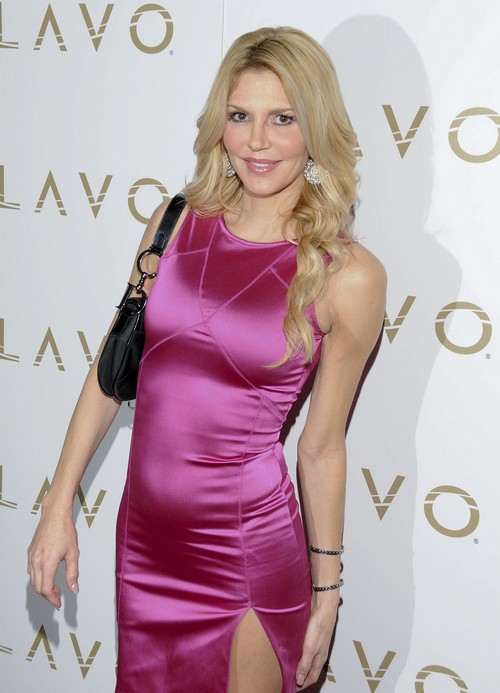 Brandi Glanville naked… not so shocking. Brandi naked at Kyle Richards home… shocking! Ha. In an upcoming episode of Real House of Beverly Hills, Glanville is the center of attention as yet another drama scene occurs during one of Richards’ white party.

All the ladies gather at Adrienne Maloof‘s home, including Marisa Zanuck and Faye Resnick, who make some pretty big accusations when they said Brandi seems to be head over heels in love with with Marisa’s husband Dean and that it was starting to worry her. Though Kyle isn’t exactly Brandi’s biggest fan, she defended her by saying that Glanville’s divorce from Eddie Cibrian – who cheated on her – wouldn’t have her do the same thing to mess up another marriage.

Kyle said: “I don’t think after what she went through with Eddie (Cibrian) cheating on her and leaving her that she would go there with a married man,” which didn’t sit too well with Faye because she “knows” that Brandi wants Marisa’s husband, and she’s keeping a very close eye on her until she’s convinced otherwise. Faye then says: “Kyle did you really say that?”

“Sweetheart, what happened in the bathroom in your house at the white party?,” to which Richards refused to respond to. She continued by recalling the time that Brandi “was found in the bathroom with not a lot of clothes on. Actually in the bathroom of a child’s room which I thought was…” and Camille adds “inappropriate.”

Now, these women are known to spread gossip and since there’s no evidence, it can’t be true right? Well, we’ll have to wait and see how it plays out on television next week!