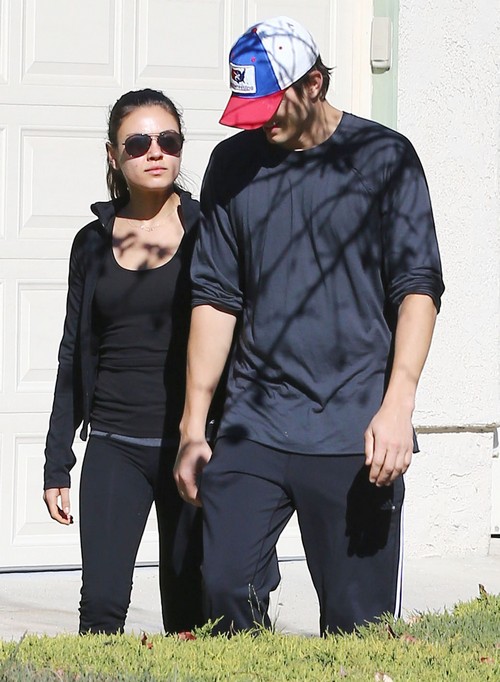 Ashton Kutcher made sure Mila Kunis didn’t get the wrong idea after he was seen chatting up a sexy brunette in Austin, Texas where he had attended the SXSW festival before getting himself pretty wasted at a local bar where he met the woman who he had supposedly taken back to his hotel room.

The 35-year old was shocked to see that the media had a photo of him talking to the woman, so he quickly booked a ticket to London to be with his girlfriend so that the “rumors” can be put to rest and of course this will give him the chance to explain himself as to why he was chatting up another woman who couldn’t keep smiling at him.

We’re not too sure if Ashton actually took the woman back to his hotel room, as other sources report, but he was pretty drunk and may have done some stupid things. So, it’s not his fault, it’s the alcohol. Haha – you can’t blame the liquor for everything though and besides, it’s not like Ashton hasn’t cheated before; his fling with Sara Leal two years ago was what had Demi Moore file for separation from the actor in the first place.

Kunis is still promoting her new movie, Oz, in the UK but was seen last night with her beau as he treated her to some new jewellery at a lavishing store before they headed out for dinner at a 5-star restaurant. Ashton seems to be trying to spoil Mila so that she can forgive him for the mistake he did by even just talking to another woman in the first place. Hmm, could there possibly more to the story?