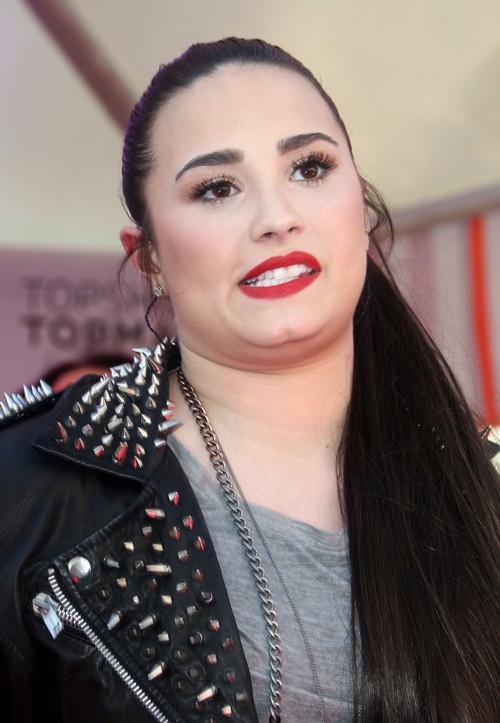 Demi Lovato doesn’t seem to want to let her feud with Selena Gomez go. The Disney starlet, who fell out with her former best friend over her eating disorder problems, has publicly bashed Gomez in a recent interview where she explained that many girls in the music industry are using their relationships as an advantage to sell records.

Wow! By that, she’s referring to Selena’s upcoming album, said to be heavily influenced by her split from Justin Bieber. Oh and what about Taylor Swift? She’s a regular with all the break-up songs, so this could also have been a diss towards her too. Don’t forget that the three of them used to be close friends, up until Demi went a little crazy and backstabbed them whilst battling her bulimia.

Though we wish these girls could have just made up and returned to being the best of friends they were before, Taylor and Selena are still pissed at Demi who still hasn’t apologized for talking bad about them to other friends. This new interview the X Factor starlet did is just opening up old wounds, that’s for sure.

She was asked on what she made of her fans and why she feels that they can relate to her so well, to which she responded to by saying: “A lot of celebrities don’t open up to their fans, they just tell them what they want to hear. They don’t really tell them things that can benefit their lives, they just, you know, maybe flaunt around a boyfriend and sell a couple of albums. That’s not what my career is about.”

Now, if that’s not a diss aimed at Taylor and Selena, then we must be cray-cray! Ha. We’re hoping Swifty fires back at Demi over this by writing a song about her craziness — why would she say that in an interview? Is she just being jealous because they are making money from break-ups? Sad, sad.