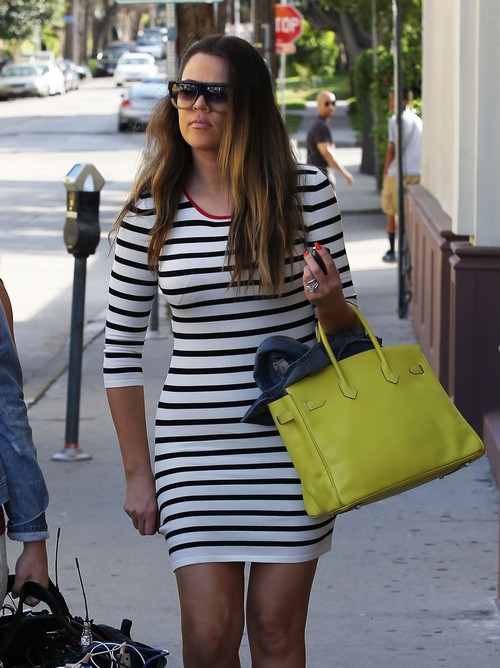 Khloe Kardashian has admitted to almost staging a heart attack just a few days after making her debut as a host on X Factor. Critics were bashing the reality star, saying that she wasn’t the right person for the hosting job and that Mario Lopez – her co-host- should have just been the only person to front the role, not Khloe.

Along with those comments, the reality star also suffered from a malfunction problem as her nipple was shown on live television thanks to her see-through blouse. Definitely not the way the 28-year old wanted to make her entrance, that’s for sure. Now, in the upcoming episode of Kourtney and Kim Take Miami, Khloe and the rest of the girls fly out to London where she makes the confession to her sisters.

The trio flew out to the UK to promote their Kardashian Kollection clothing line days after Khloe appeared on X Factor; she was clearly under a lot of stress because she needed to rehearse her lines for the second episode that would just be two days away once she would return to Los Angeles from her brief business trip.

Khloe confided in her sisters when she told them how much pressure she was under by being on that show: “I just arrived in London. It’s my very first time here. I am still upset about X Factor and my first week on the show. And right now I need a little bit of comfort. Do you know what I said to mom the day of, I go, ‘I’m going to fake a heart attack just so I don’t have to come.’ Because that’s a real excuse. I am not a nervous person. I have never felt the nerves.”

Khloe is not expected to return to X Factor’s third season later this year after having received the boot from music mogul Simon Cowell, who was far from impressed with her judging skills… AND she didn’t attract any fans! The ratings were even worse in its second season than when Nicole Scherzinger and Paula Abdul were on.