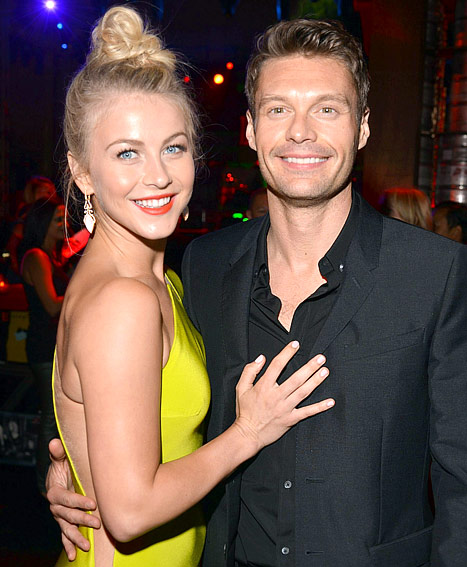 Ryan Seacrest and Julianne Hough have officially called it quits.  It is all over for the couple, Ryan claims it is not because the rumors of him being gay are true but rather because he is far too busy to be dating.

After dating for more than two years, Ryan Seacrest and Julianne Hough have decided to take a break and are living apart, sources close to the couple confirm to PEOPLE.   The sources maintain that busy work schedules proved to be a great challenge for them both, although they are still in regular contact and remain friends.

But the timing of the break-up is a bit weird.  Julianne left $100,000 in her Mercedes in Beverly Hills the other day and when she went back to her car, the bling was missing.

Our friends over at The Gossip Wrap Up is wondering about the timeline of events here.  Head over to her site to see what she has to say on the matter HERE!