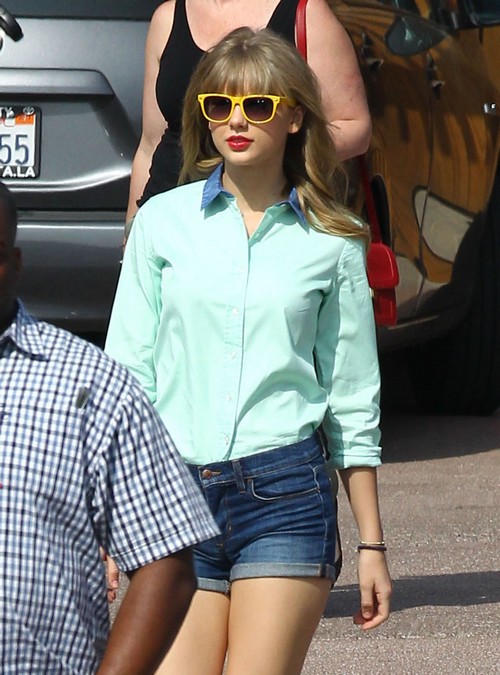 Taylor Swift seriously needs to stop the Harry Styles obsession. Like, now. The very briefly united couple split nearly three months ago and Taylor is still trying to get even. Apparently she doesn’t realize that even the hottest girl on earth is just plain ugly when she’s walking around with a bitter chip on her shoulder.

After speaking out about her ex and then publicly dissing him while performing at the Grammy’s and The BRIT Awards, she is now letting her friends do the dirty work. Those closest to her have been talking to the press and in quotes included in a new Vanity Fair article they say Harry had a wandering eye. Not that he cheated on Taylor during their fling, but that she was always fearing that he would. Those same friends also say that Taylor gets childish and obsessive when going through a breakup. Gee, ya think?

Meanwhile, on the other side of the pond the younger of the two has moved on nicely with his life. Harry has been spotted with various other women and is simply living his life. He also has quietly taken steps to permanently delete Taylor from his life. That includes making sure that she is removed from any scenes in the upcoming rockumentary about One Direction.

What makes this messy split different than all the others for Taylor? Even her fans think she has gone to far and that she’s too old to act so childishly. At first it was cool to hear a woman vent their break up pain but that isn’t the key to a career and it’s all starting to backfire. Plus she’s making herself completely undatable. No guy is going to risk going anywhere near her if she doesn’t stop acting so crazy.

Will Taylor get it together soon and stop this crazy-chick pattern? Tell us your thoughts in the comments below!