Kate Middleton and Prince William Are Arguing Over the Baby 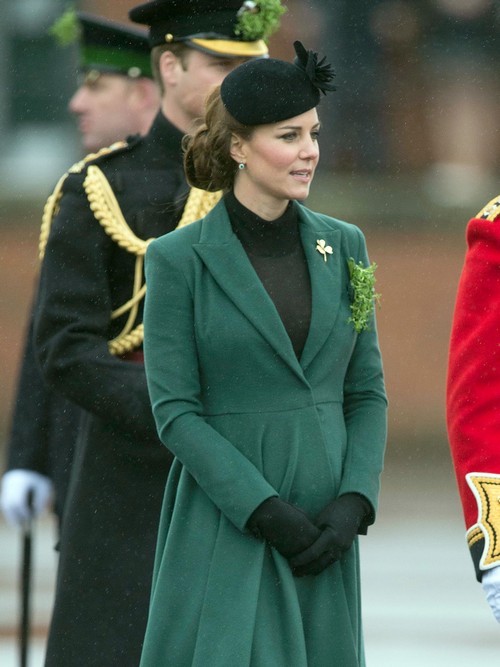 It seems like Kate Middleton and husband, Prince William, are totally divided by what sex they would want their first baby to be. Though the two are delighted to be first-time parents, Kate and William are both hoping for the complete opposite; she wants a boy and he wants to have a baby girl.

The Duchess of Cambridge, who is already five months pregnant, spoke to a soldier at a St. Patrick’s Day ceremony to honor the Irish Guards. Though we’re not exactly sure whether to believe that she actually spoke about her child, seeing that the last time a woman claimed Kate told her she was having a girl, it turned out to have been a lie.

But whatever the case may be, a guardsman at the event, named Lee Wheeler, dished on what him and Kate were talking about when she approached him to shake his hand. “I asked her `do you know if it’s a girl or boy?’ and she said `not yet. She said `I’d like to have a boy and William would like a girl.”‘ Really? We would have thought William wants a boy and Kate wants a baby girl.

The couple recently returned from their trip to Switzerland for a friend’s wedding; Kate wasn’t feeling too well throughout the short vacation and mostly stayed in her luxurious suite instead of joining her hubby and her brother-in-law out in the snow. Middleton is said to be expecting her baby in mid June.