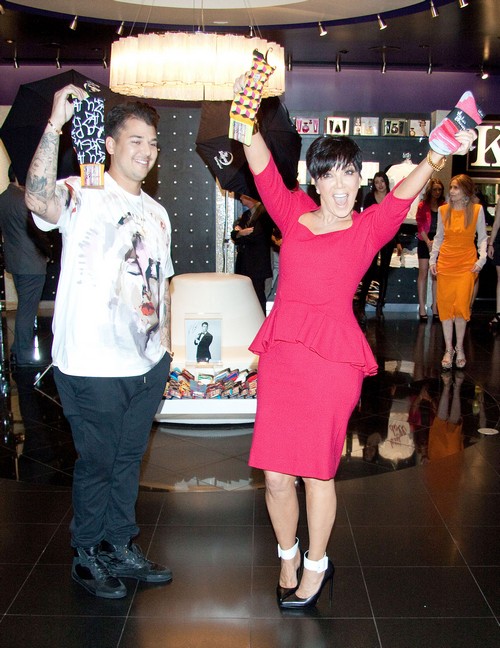 Rob Kardashian seemed to have been having the time of his life as he celebrated his birthday one day before his actual celebration with his mama Kris Jenner. Yeah – crazy, huh? It kinda makes sense though, because Rob had been booked to host the 1Oak nightclub in Las Vegas over the weekend, so why not just party like it’s your birthday?

The reality star turned twenty-six, and though non of his sisters actually came out to celebrate with him, his momager, Kris Jenner, actually made an effort to support her son in something. Let’s be honest for a second, Kris doesn’t give two craps about Rob — she’s all up in Kim, Kourtney and Khloe’s pockets because the youngest Kardashian isn’t bringing in any money.

However, so that she didn’t come across as a bad mom, Jenner decided to fly out to Vegas and be by her son’s side as he lived it up with his new buddies he became friends with from his new fitness program.

Rob has been intensively working out to lose the extra pounds he had gained in the last 6 months, prior to his break-up from singer Rita Ora, who said he had a small willy. Ouch! That’s not very nice, is it? If someone said that about us, we would have probably gone int a depression too.

By the photos of Kris, Rob and friends hanging out in Vegas, it seems like they all had a good time. Not to hate or anything, but the only reason Kris seems so cheerful is because she had one too many to drink from that vodka bottle. Ha!