Lindsay Lohan Is Headed To Rehab Lockdown for 90 Days 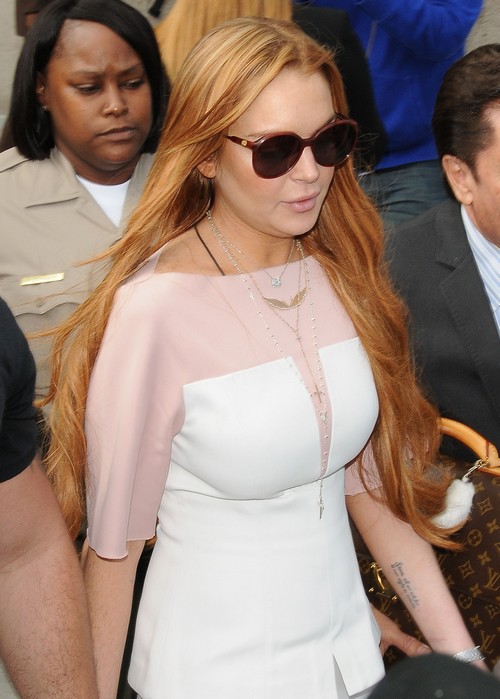 Lindsay Lohan just received a 11th hour plea deal, which will see her face 90 days in rehab, though we doubt it’s actually going to help her, seeing that she’s been there many times before. The court case, saw a very odd-looking Lindsay look very comfortable in her shoes… of course, she would. She’s dodged the bullet many times before.

The actress pled no contest to the crimes, such as lying to the cops and her crazy driving over the summer, which saw her rented Porsche totally messed up. LiLo had crashed the car and she luckily didn’t get hurt, however, she was said to be drunk at the time of the incident, and yet she also dodged the bullet from that too. Crazy, right?

Well, not to forget, she also received 30 days of community labor and will have to get 18 months of psychotherapy, in hopes that it will sort her mental issues out a little. Because, we all know she is a little cookoo in the head, don’t we? Why else would she CONSTANTLY get herself into trouble?

FYI — there’s a mandatory 5 days in jail for reckless driving, but it’s going to be folded into the lockdown rehab so she won’t be behind bars even for a day.  Lindsay will be able to do her rehab in NYC.  She must stay clear of drugs and drug users.  She must submit to drug testing.

She’s also admitted to a probation violation in the jewelry heist case, she was sentenced to 180 days in jail, but that sentence was STAYED and she won’t do time if she continues to obey all laws.

During the hearing, Lindsay’s attorney Mark Heller kept jumping up to talk — and Lindsay ran out of patience … telling him, “Don’t say anything else.” Heller ignored her and got up to talk again, and Lindsay said, “Oh my god, I’m going to kill you.” Priceless.

We wish Lindsay the best of luck. Let’s hope she doesn’t mess up this one!