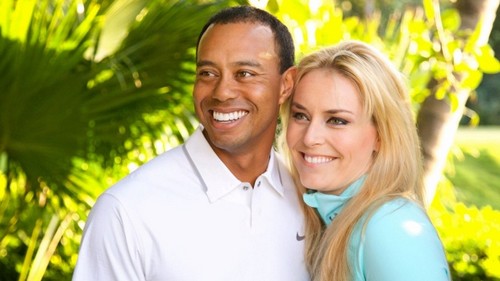 Tiger Woods is dating Olympic skier, Lindsey Vonn, and the couple have finally come out to announce the news that everyone already knew. We’ve been seeing these two getting all loved up for the past few months now, so it wasn’t a surprise when the announcement was made, but it’s good to hear them say it after all.

Lindsey will be Tiger’s first girlfriend since his split from ex-wife Elin Nordegren, who instantly filed the divorce papers after the golfer’s scandal came out he had cheated on her with several women within a matter of months! So sad, but that’s life, right? Well, a few years later and though they may no longer be together, Woods has happily moved on and vows he no longer cheats.

That’s great to know, but once a cheater always a cheater, no matter what you say, Tiger. Ha. We kid, we kid. So… how did this couple break the news to their fans? Well, it wasn’t through a magazine deal, which is a good thing because it shows that they are not looking for a big payday, Tiger is worth half a billion so what’s a measly $1 millon check to him?

Here’s what Lindsey had written on her Facebook page… YES, Facebook! “I guess it wasn’t a well-kept secret but yes, I am dating Tiger Woods”. She’s damn right about that! “Our relationship evolved from a friendship into something more over these past few months and it has made me very happy.”

Vonn has already been introduced to his children, Sam and Charlie, and according to reports, Elin has no problem having Lindsey around her kids — she’s happy that Tiger is happy and that he has moved on from her, just like she has from him. Vonn continued: “I don’t plan on addressing this further as I would like to keep that part of my life between us, my family and close friends,” Vonn added “Thank you for understanding and your continued support! xo LV”