Lindsay Lohan Hits the Clubs After Being Sentenced To Rehab 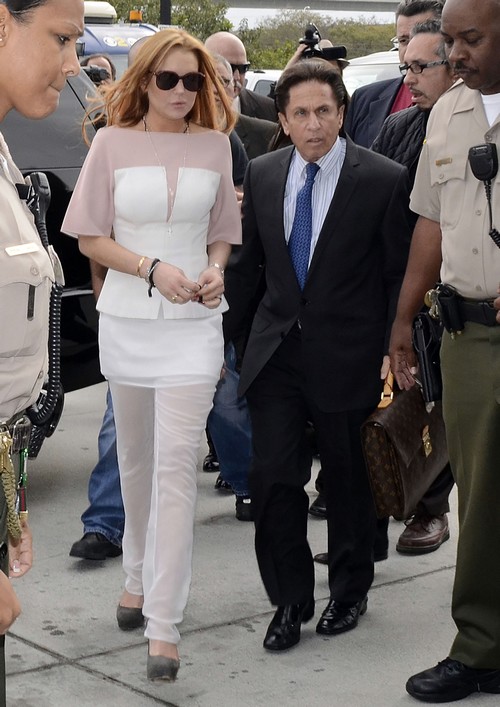 Lindsay Lohan does not have a snowball’s chance in Hell of not getting thrown in jail.  Lindsay was in court yesterday and pled no contest to two charges against her.  The judge sentenced her to 90 days in a lockdown rehab.  The judge was crystal clear, she should stay away from drugs, people who use drugs and drug dealers.  He let Lilo know this was her one chance, one more offense and she was going directly to jail or a minimum of six months.

So what does Lindsay do after her day in court you might ask?  Well like any junkie she headed out on the nightclub circuit.

TMZ has the scoop on the story, “Lindsay went full camouflage as her SUV pulled up to the AV Club in Hollywood.  With a blanket covering her face, she clearly did not want to be seen.  Problem was … there was a gaggle of photogs she couldn’t shake, so a frustrated LiLo beat a hasty retreat without ever entering the club.”

How long do you think it will take before Lindsay messes up again and ends up in jail?  Hit the comments and let us know your thoughts!