Celebrity Wife Swap SPOILERS: A Tea Party Activist & A Mother in the Middle Of a Polyamorous Relationship Swap 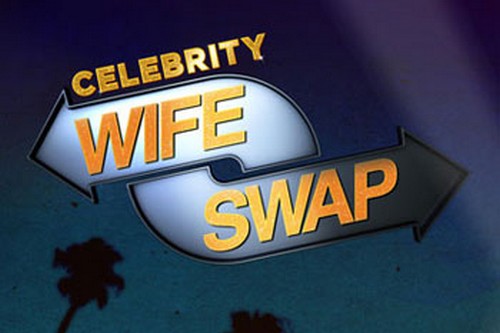 Celebrity Wife Swap returns March 28th, 2013 with a whole new episode.  For the first time in the show’s history, a family breaks the rules of the swap and refuses to reunite for the roundtable discussion.

The families that swap lives this week are:  A Tea Party Activist – Gina Loudon is a staunch Tea Party activist and conservative political pundit who lives in San Diego, California with her husband, former Missouri State Senator John Loudon, and their five children — Lyda (17), Lilly (13), Jack (10), Beau (6) and their adopted son Samuel (6), who has Down syndrome. Religion and politics are topics of constant discussion in the Loudon home, with John leading daily Bible study for his wife and children.

In Charleston, New York, Angela Envy a mom in a polyamorous relationship lives with her husband of eight years, Chris, along with Angela’s daughter Brooklyn (12) and their three children — Maverick (7), Lyric (5) and Kingston (1-1/2 ). Angela and Chris also share a live-in girlfriend, Ashley, who has become part of the family. Chris is a semi-professional wrestler in his spare time and works at a local warehouse to support his family.

When Gina first arrives in Charleston, she meets Ashley and learns that she’ll be living with a polyamorous couple. With her conservative views and strong religious convictions, Gina finds the relationship “wrong” and is very uncomfortable with the situation. Tensions rise between Gina and Chris after he and Ashley take Gina out one night for drinks at a local bar. With the alcohol flowing, Gina begins to let her guard down and starts sharing her true feelings about the relationship between Chris, Angela and Ashley, as well as her stance on myriad controversial topics. The evening peaks Chris’ interest to look into Gina’s background – and what he finds prompts Chris to confront her, sparking an even larger confrontation.

Meanwhile, Angela meets her new family, but immediately feels judged by John when she reveals her relationship with Ashley to the family. As someone who does not discuss politics or religion at all, Angela finds the family’s strong conservative views upsetting. When it’s time for the rules to change, Angela decides to turn the tables by creating a political and religious free zone, but John breaks Angela’s rule and continues to share his disdain for her personal life, bringing Angela to tears.

At the end of the second week, the two couples are suppose to meet for the first time in a raw and highly-charged exchange of views, making frank assessments of one another and discussing the experience.  But one of the families breaks the rules and refuses to reunite.