Kristen Stewart & Robert Pattinson Back Together and Eloping – Report 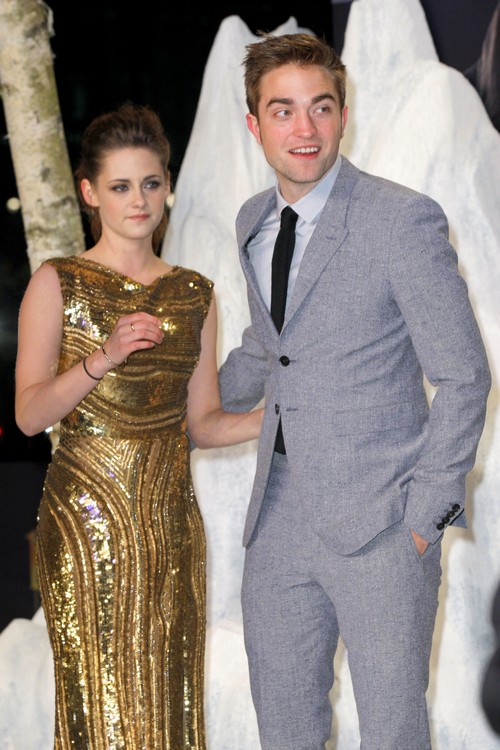 This is about the 100th time that it has been reported that Kristen Stewart and Robert Pattinson are getting married.  This time OK! Magazine is jumping into the mix and is reporting that the Twilight duo are eloping.  The have all the details on where Robert wants the ceremony to be held.  “He’s not even talking weddings on the beach, or in a castle, in some far off country. For Rob, eloping means slipping away to someplace in the backwoods, finding a priest, and coming back married.”

The magazine claims that while Robert has been away filming in Australia his new movie, The Rover,  it gave him some time to put things in perspective.  He realized that while he has been away from Kristen, she had been on his mind a lot and she is the women for him.  “The truth is, he needs to be with her and she clearly feels the same about him.”

After 64 days apart Robert and Kristen have been spotted back together.  They hung out at a bar and posed for pictures with fans. “It was a mellow night. They were just hanging out with a few friends at a booth.”

Reportedly Kristen has been working her butt off to win Robert back.  She really feels bad about cheating with him with Rupert Sander and she wants to spend the rest of her life with him.  It looks like Robert feels the same way!

What do you think Hiccupers?  Should Robert and Kristen elope?  Hit the comments and let us know your thoughts!