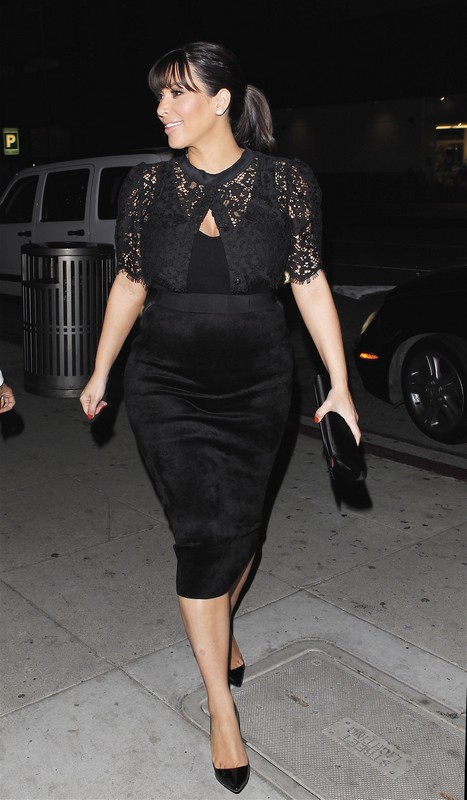 Kim Kardashian sat down for the deposition in her divorce case yesterday [March 21, 2013].  In the deposition she claimed that when she married Kris Humphries, she really, truly loved him.  But what else did you expect she would say?  We all know Kardashians have no idea about what the truth is.   The deposition lasted 9 hours and was taken at Kim’s lawyer, Laura Wasser’s office.

Kris is trying to get Kim to admit that the marriage was all a fraud and it was done for ratings for her television show Keeping Up With The Kardashians.  Kris hopes if he is successful he can have the marriage annulled rather than a divorce.

TMZ has the scoop on what went down during Kim’s deposition, “As for the reality show … we’re told Kim testified it played no part in her decision to tie the knot.   Other than that, we’ve learned Kris’ lawyer, Lee Hutton, did not ask much at all about the reality show and whether it was staged. Hutton has made numerous threats that he would blow the lid off the reality show during the trial, so it’s surprising he virtually ignored it in Kim’s depo.”

Considering the fact that Kim and Kris were married for a scant 72 days and Kim is already pregnant by another man, I think it is pretty safe to say the marriage was a fraud.

Kim has been trying to get a divorce for about one year and a half.  The cases goes to trial May 6th, 2013.