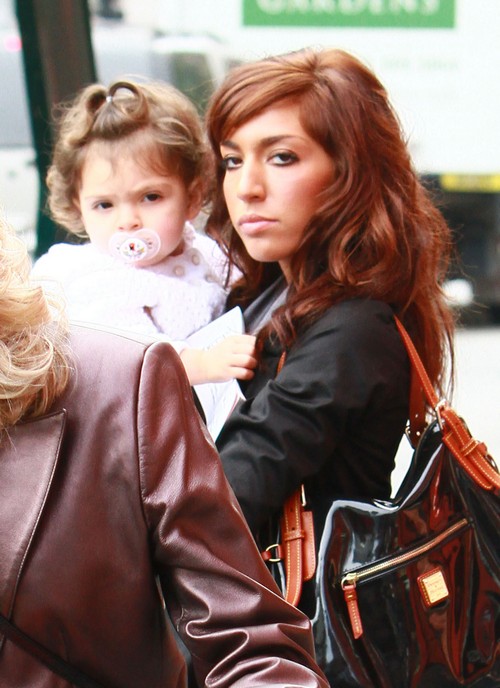 Oh boy, it looks like Teen Mom star Farrah Abraham may make it into the reality star hall of fame for bad behavior after all. The young mom decided to get behind the wheel of her car after indulging in a whole lot of alcohol. She swerved to avoid hitting an Omaha, Nebraska police car and that’s when the real fun began.

Of course the police pulled her over and when being questioned by police she simply tried to walk away from the whole situation at hand! According to TMZ they finally cuffed her and put her in the back of a cruiser. At that point Farrah began banging her head off the window and screaming like a banshee!   Obviously this chick was either impaired or bonkers but it took a bit of work for the police to be able to confirm that she was drunk. They attempted to administer a breathalyser test three times and on each occasion she bit the tube preventing them from getting an accurate reading. Obviously there are other, more invasive ways to test your alcohol level and when it was all over Farrah was found to be over twice the legal limit!

Are you surprised that Farrah was busted for a DUI or do you think that this girl has taken a lot of chances before finally getting busted?  Until now the worst thing that could really be said about Farrah was that she clearly has depression issues and seems to be addicted to plastic surgery. Now it looks like a more obvious problem that could interrupt her daily life and cause problems in her relationship with her daughter could also be at play.

Farrah is sure to issue a statement of some kind. What do you think she’ll have to say? Tell us your thoughts in the comments below!