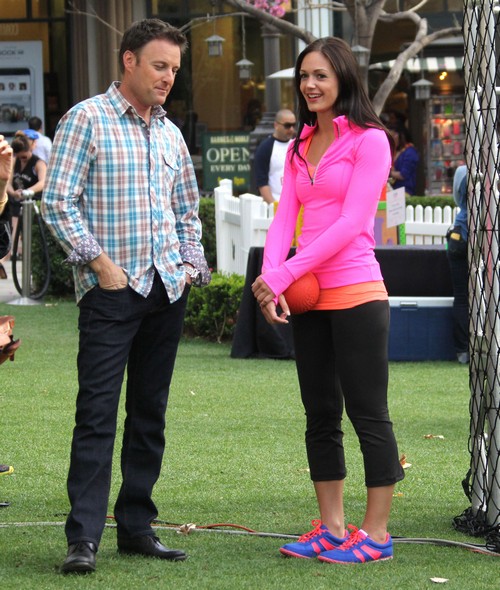 The new ‘Bachelorette’ Desiree Hartsock was filming scenes for the reality TV show The Bachelorette in Glendale, California on March 20, 2013.  Will This Cinderella Find Her Prince Charming?

Desiree Hartsock and the Bachelor Nation faithful thought she would happily end up with America’s favorite Bachelor, Sean Lowe. Their relationship started off incredibly strong, but somewhere along the way Desiree lost her confidence. After struggling to regain what they once had, Sean and Desiree seemed to be on the right track – until the hometown dates.

Millions watched, stunned, as Sean sent Desiree home, and they fell even more in love with her as she struggled to tell him he was making a big mistake. Now it’s time for Desiree to call the shots when she gets her second chance to find love, starring in the ninth edition of ABC’s hit romance reality series, The Bachelorette.

This spunky, athletic and artistic woman is eagerly looking for a life filled with spontaneity, love and laughter. She hopes someday to travel the world with that special someone whom she’ll run home to see every day. And she is positive, after falling in love on “The Bachelor,” that she can find her soul mate.