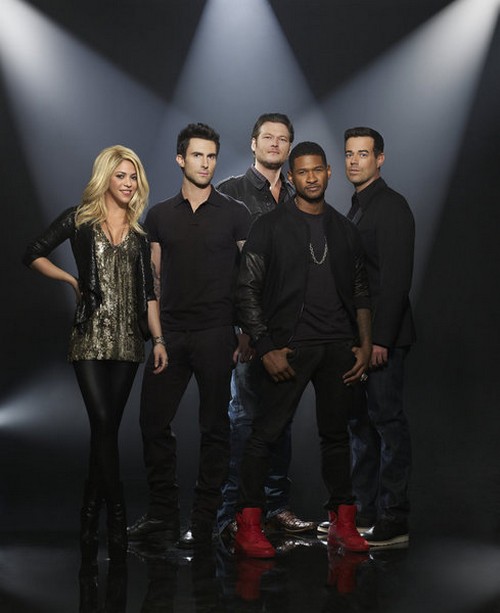 This season on The Voice, Cee Lo Green and Christina Aguilera won’t be on the show. They are being replaced by Sharika and Usher.  From all reports the two new coaches fit in well and are excellent auditions.  Show creator Mark Burnett had this to say about the new judges, “I don’t think you really know Usher and Shakira,” he said. “Over the next three or four months, you get to know them as people.”

In the season premiere, the “blind auditions” are held in front of a celebrity panel of coaches including, Adam Levine, Blake Shelton, Shakira and Usher.  The strongest vocalists from across the country compete to be selected by one of the coaches and fight for a chance to win the title of being named “The Voice.” Christina Milian (“Be Cool”) serves as Social Media Correspondent and Carson Daly hosts.

Check out the photos and the sneak peek video below!