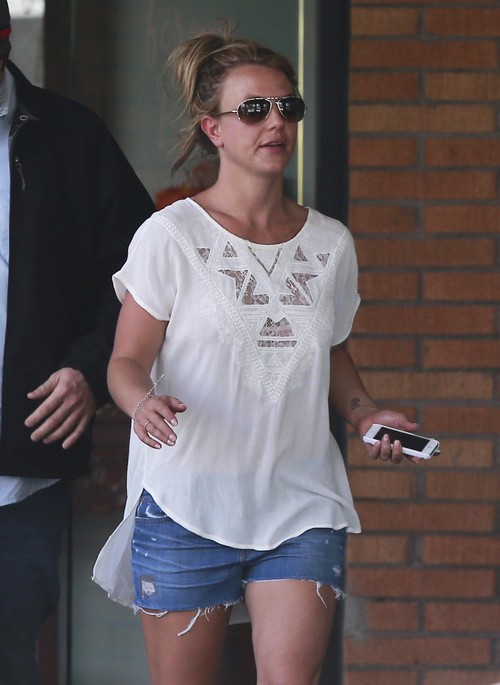 Our girl Britney Spears has a new boyfriend and his name is David Lucado.  Britney Spears looked amazing and very happy as she strolled holding hands with her new beau David.   The new couple were shopping at the mall in Thousand Oaks on Friday. [03/23/13]

The two have not been dating long, they were previously spotted having dinner but this is the first time they have had a public display of affection.

Britney broke up with her fiancé Jason Trawick in January 2013 and had this to say when they split. “I’ll always adore him and we will remain great friends.”

It did not take Britney long to move on, but there had been rumors for a long time that Britney was unhappy with Jason.  Many people believed Jason was less of a fiancé and more of a conservator.

David is described as a normal down-to-earth guy with no ties to showbiz.  David  works as an associate at a law firm in L.A and he loves to play gold.  He sounds like the perfect man for Brit Brit.  We have not seen her looking so happy in a long time.

To see a photo of the happy couple together holding hands and here what she has to say about Britney’s new boyfriend head over to Diva Whispers HERE!