Did Holly Madison Use A Surrogate – Or Did She Lose 40 Lbs In 2 Weeks? 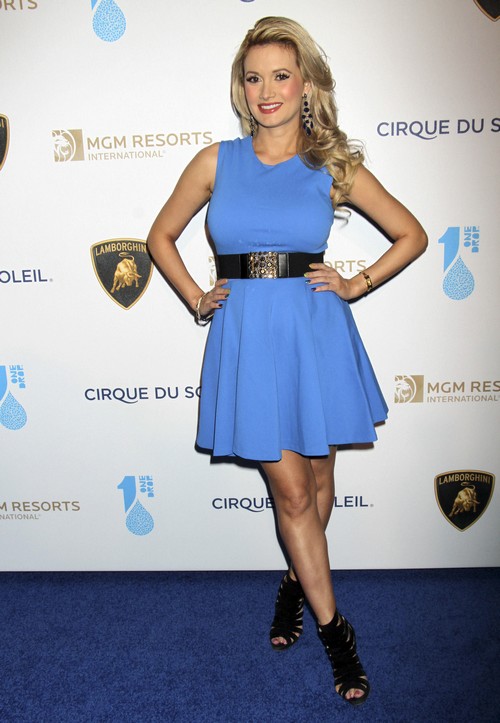 Did Holly Madison Use A Surrogate?

Holly Madison gave birth to her daughter Rainbow Aurora on March 5th, 2o13 and is already back to her pre-baby weight, or so she says.  The Girl Next Door Star was looking fit and trim at the Cirque du Soleil Presents “One Night For ONE DROP” charity event at  Hyde Nightclub in the Bellagio Hotel and Casino in Las Vegas, NV yesterday. [3/22/13]

As a matter of face Holly was looking so slim it makes us wonder if she is another celeb who was not actually pregnant but used a surrogate.  Holly reportedly put on 40 lbs during her pregnancy and she claims she lost it all in under three weeks.  Originally the playboy centerfold was estimating it would take her six weeks.  Check out the photo above of Holly in a stunning blue dress at the event yesterday.  Makes you wonder…..

Holly and boyfriend Pasquale Rotella welcomed their first  child on Tuesday, March 5.  Holly has been taking a lot of flack about her new daughter’s name and she had this to say to the haters, “There are a lot of smug haters out there who bag on my choice of a name, but I  don’t care about what they think. I want my daughter to be proud of who she is  and learn to speak up and stand up for herself at a young age.”

What do you think Hiccups, did Holly lose all that weigh in less than 3 weeks or did Holly have a surrogate carry her baby so she would not have to lose the baby weight?  Hit the comments and let us know your thoughts!