Justin Bieber Battered His Neighbor – Police At His House 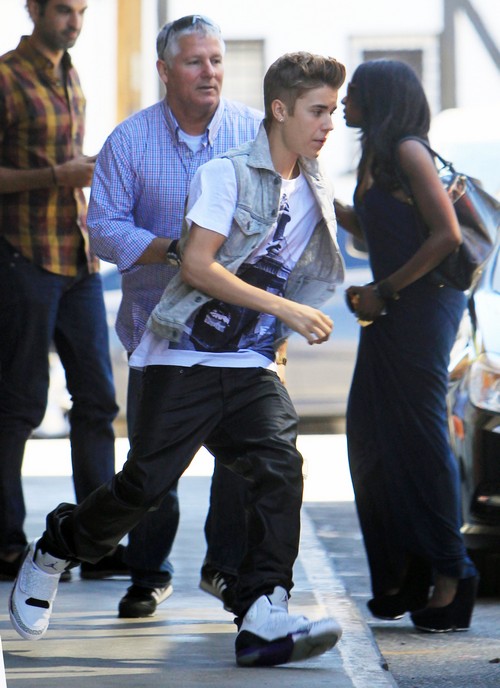 Justin Bieber has the police at his house in California, he is being investigated for battering his neighbor.   Justin and his neighbor got into an argument this AM and it got bad.  Everyone knows that Justin wants to be the big man on campus lately.  Just recently he went into an insane rage at a photographer.

TMZ has the exclusive on the story: “L.A. County Sheriff’s spokesperson Steve Whitmore tells TMZ … the accuser told deputies Justin made physical contact with him and he has filed a battery report. He also claims Justin threatened him.  Sources connected with Justin’s security tell TMZ … the neighbor came on to Justin’s property and began screaming that while Justin was away (overseas)  there were people at the house having loud parties.”

Justin’s security team says he did nothing wrong, he just told the man to get off his property.  Oh, that’s  a surprise, his security is taking his side, NOT!

Justin is a time bomb looking to go off.  He is a small man that wants to be a big man.  Sadly, his idea of being a big man is fighting and not being a better man!