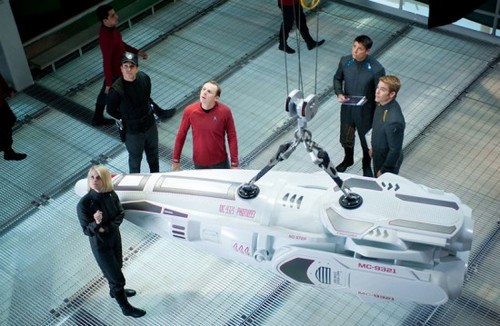 It is only two more months until J.J. Abrams’ Star Trek Into Darkness is released into theaters. I don’t know about you but I am excited!

The official synopsis of the movie: “After the crew of the Enterprise find an unstoppable force of terror from within their own organization, Captain Kirk leads a manhunt to a war-zone world to capture a one man weapon of mass destruction.”

The movie stars Chris Pine, Zachary Quinto and  Zoe Saldana and is suppose to hit theaters May 17th, 2013.

To check out an exciting sneak peek of the movie, head over The Great Monkey Suit HERE!  You won’t regret it!