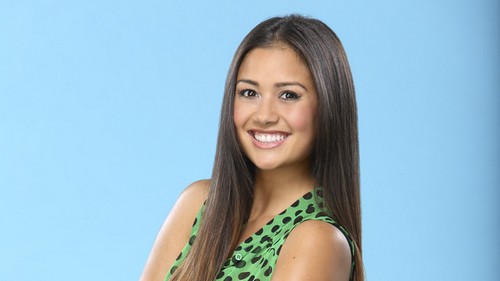 Catherine has decided rather than spend her time raging at Sean Lowe for spending time with his Dancing With The Stars’ professional dancer, Peta Murgatroyd she would take another approach.

Catherine has decided to pamper Sean and show her just how sweet she is.  Sean told OK! Magazine, “She’s been cooking me dinner, offering to give me massages.  I take her up on it sometimes but I don’t want to take advantage of the poor girl. But she’s been very sweet. She knows how hard I work with Peta so she goes out of her way to make sure I’m happy when I come home.”

Catherine has decided showing Sean just how much she cares will keep him by her side and out of the clutches of Peta.

Meanwhile rumor on the street is, Sean has been behaving like a Diva on set of DWTS but Peta denies.  “Absolutely…not,” teased Peta. “He is so far from it, it’s absolutely absurd and it’s laughable. We heard about it and burst out laughing because he’s not like that at all.”

What do you think Hiccupers?  Does Catherine have anything to worry about?  Hit the comments and let us know what you think!