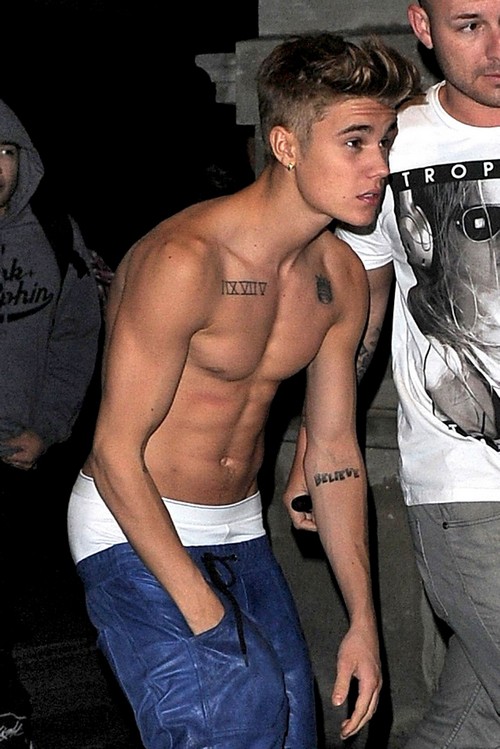 Each day the news about Justin Bieber‘s altercation with his neighbor gets worse and worse.   When the news first broke, the scoop was that police were investigating Justin Bieber for battering his neighbor.  Then we heard that Justin threatened his neighbors life and spit in his face.

Now the new news is that Justin’s bodyguard actually had to restrain him from going after the neighbor.   What a little idiot!

TMZ has the scoop, “the neighbor claims Justin spit in his face and threatened to kill him after he complained that the singer was driving his Ferrari at around 100 mph in the gated community.  We’ve now learned … the neighbor told L.A. County Sheriff’s deputies … Bieber wasn’t done after hocking the loogie … he was lunging at the 47-year-old man and the bodyguard had to restrain him. “

Doesn’t this sound familiar in early March, Justin went ballastic at a photographer and his bodyguards had to restrain him.  Justin, always a class act, was screaming, “I’LL F*UCKING BEAT THE F*CK OUT OF YOU!” before his bodyguards wrestled him into the car.

He is lucky his bodyguards are around, because one day he is going to go after someone and they are going to beat the crap out of Justin.