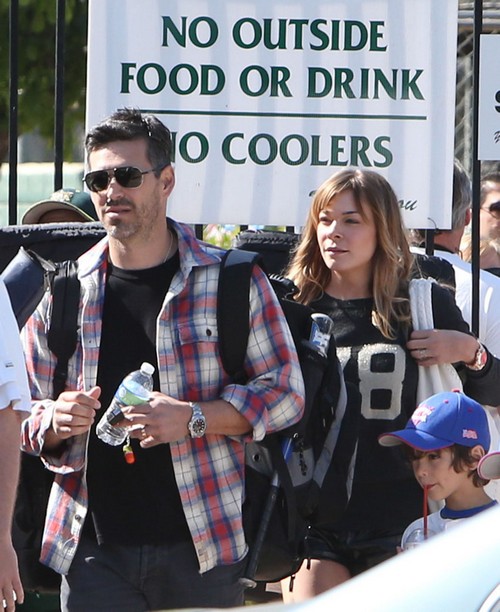 Watch out, Brandi Glanville! LeAnn Rimes is moving in on your territory again! LeAnn Rimes and Eddie Cibrian are now shopping their own reality show because they want to give the audience a glimpse of their lives together.

LeAnn and Eddie are in a desperate situation. Their reputations never recovered after their affair became public. LeAnn even gave a very candid interview with Guiliana Rancic to squash untrue stories. Nothing worked. Now LeAnn and Eddie are taking their sad need to be liked to a new level.

The Inqisitr says LeAnn has been offered roles on scripted and reality shows. Rumor has it LeAnn is going to replace Adrianne Maloof on Season 4 of The Real Housewives of Beverly Hills, but that isn’t likely to happen. Brandi said on the Beverly Hills reunion show when someone crosses her “I fight back, that’s what I do. I’m a happy, sweet, fun-loving person until you cross me and then I will f***ing cut a bitch.” Bravo has enough drama with all these housewives they don’t want a murder on their hands.  And since Brandi and LeAnn are mortal enemies this arrangement would make both parties look worse. As for doing a scripted series LeAnn may not be mentally capable of doing the job. She completed rehab but LeAnn still doesn’t seem to be all there.

I’m thinking LeAnn and Eddie would want to pursue their own project so they can be producers and control how they are presented.  Oxygen would be a great network for their show. Brandi would not have another reason to bitch about LeAnn and Eddie because they won’t be on her turf. Also, Oxygen has another reality show about a couple who divorced their spouses amid scandal and then got married. LeAnn and Eddie would fit right in!

What do you think? Is a reality show a good idea for LeAnn and Eddie?