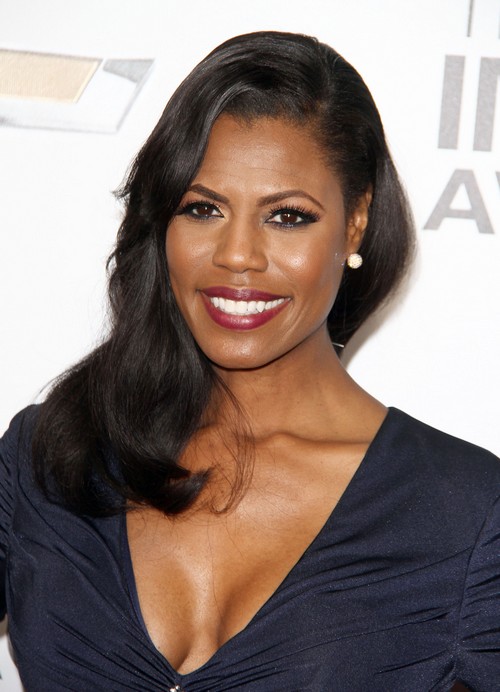 Omarosa is implying that Celebrity Apprentice is fake Reality TV!

Donald Trump‘s favorite biatchy, Omarosa Manigault-Stallworth was interviewed this week on Access Hollywood Live by Billie Bush and Omarosa told Billie that Celebrity Apprentice is heavily scripted and not real.  Quelle Surprise!  Here I thought it was all real 🙂

Omarosa admitted that the story lines on Donald’s Celebrity Apprentice were manufactured and manipulated by the producers.  She said,  “I think after 13 seasons people know what it is. It’s reality TV.  All of that. There’s story lines. There is stuff going on.  You know how manufactured these things are!”

Something tells me Donald won’t be pleased when he hears what she said.  What say you, is Reality TV all fake? Hit the comments and let us know your thoughts!

Meanwhile Omarosa is still Appearing on the current season of Celebrity Apprentice.  As usual she is a bitch to the other contestants.  Omarosa has the other contestants on her team so frightened of her, they are afraid to bring her back to the boardroom.  On the show 2 week’s ago Latoya Jackson did not bring Omarosa back, when she should of and ended up getting fired.  On this week’s show Omarosa managed to avoid the boardroom once again.

Claudia Jordan said that Omarosa was the weakest member of her losing team.  But, when Trump asked Claudia who she wanted to bring back to the boardroom, she chose Lil Jon and Dennis Rodman.  Claudia was fired.

I wonder how long Omarosa can avoid the boardroom, will she last another week and continue to intimidate her teammates?  We will find out Sunday night!