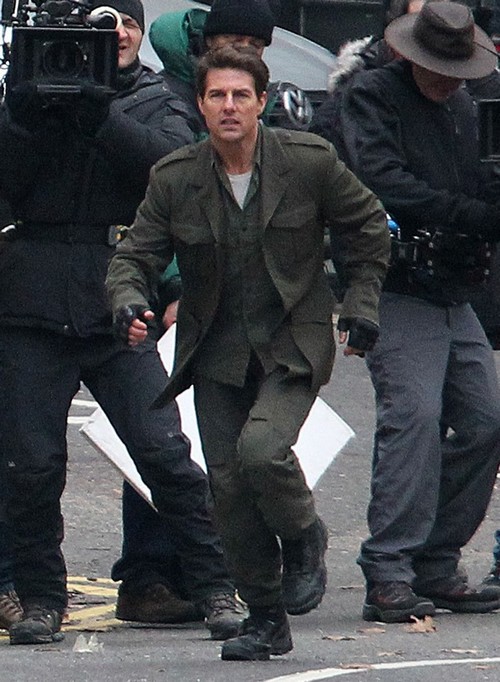 After years of living under Tom Cruises’ thumb and being completely controlled by him, Katie Holmes is back in a big way. Gone is the drab, soccer mom wardrobe, the lack of normal schedule and the feeling that they both believed that she should be walking two steps behind King Tom. Now Katie’s career is slowly coming back and several months after filing for divorce she seems to have embraced her single girl persona.

Her latest ad campaign for H Stern features several shots of Katie in various stages of dress (or nakedness) and Tom is said to be seething. According to the April 8th print edition of The National Enquirer, he claims to fear that Katie is setting a horrid example for their daughter Suri.  The reality is that he simply cannot stand the fact that h is now able to do as she pleases.  Relinquishing control over Katie’s life has been the absolute hardest part of the whole divorce for Tom.

Once he calmed down about the H. Stern photos he was shown the latest cover of Allure Magazine which shows his ex-wife looking like she either just crawled out of a pool or bed after some really hot sex, take your pick. Again Tom flipped at the sight of it. He thinks as a mother Katie should be more subdued. She thinks as a 33 year old single mom it’s now or never. She’s come into her own and is loving her freedom. She may as well make the most of it.

Are you glad to see Katie finally making her own decisions even when they are a bit surprising? She’s clearly living her own life now! Tell us your thoughts in the comments below!