LeAnn Rimes Hell Bent on Getting Pregnant This Year 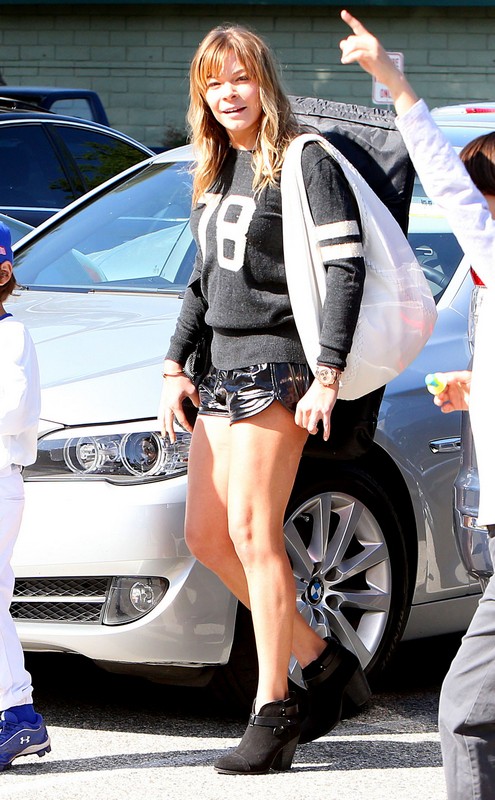 Desperate times mean desperate measures and that’s why LeAnn Rimes is bound and determined to get pregnant this year. As it stands now she’s afraid to even tour because that would require leaving womanizing husband, Eddie Cibrian at home alone. She doesn’t trust him in the least so she has quite literally sacrificed her singing career in order to keep an eye on him.

According to the April 8th print edition of GLOBE, LeAnn thinks that giving Eddie a daughter will keep him from straying. I have no idea what her reasoning could possibly be behind this notion, since having two sons didn’t keep Eddie from cheating on former wife, Brandi Glanville.  Maybe it’s the fact that Eddie supposedly wants a daughter and it’s the only thing (literally) that another woman hasn’t given him.

Supposedly she is now attempting to gain weight in order to get her body as healthy as possible to be able to carry Eddie’s child. I’m just wondering how far off the deep end LeAnn would go if she ends up pregnant with a boy!  I mean, she already knows that having a son doesn’t keep Eddie on the hook so then what desperate acts will she feel she needs to resort to?

I just don’t understand what it is that makes LeAnn cling to this guy. She knows how their relationship began with her as a side chick and so she’s never going to be able to fully trust him around other women. Sacrificing her career to cling to any guy is just crazy and I’m betting that eventually he is going to get caught with his hand (or something else) in the cookie jar anyway!  Should LeAnn find herself a back bone and walk away now? Tell us your thoughts in the comments below!