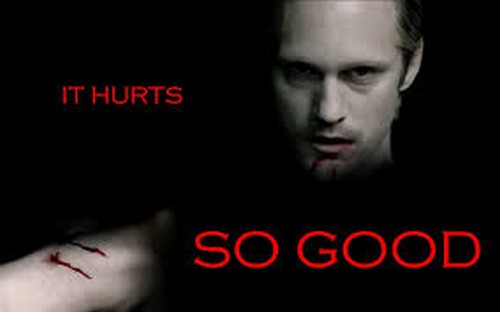 Waiting sure sucks, but it is almost over!  Season 6 of TRUE BLOOD will be premiering on HBO June 16th, 2013 and we have a juicy video to sink your teeth in and some tidbits for your enjoyment.

This season will be a different season, first there will only be 10 episodes instead of 12 and it will be the first season without creator Alan Ball calling the shots, he’s still an executive producer.

In casting news we have heard, “Brothers & Sisters” alum Luke Grimes will have the recurring role of James, a circa ’70s-made vamp who is smart, spiritual and emotionally deeper than any other bloodsucker we’ve seen before.

Also joining the cast is Rutger Hauer he will play a mysterious figure with deep ties to Sookie and Jason.  Friday Night Lights‘ star Jurnee Smollet will be playing good-hearted non-supe Nicole.

From the preview below it looks like this season will be picking up right where we left off last season.   The residents of  Bon Temps look like they are in big trouble.  Lots is going on in the video, Pam is slapping Tara or trying to, what is up with that?   It looks like Eric is going in a different direction, you hear Eric say, “If humans want war, we’ll give them war!”

Alcide is shirtless, always a good thing 🙂  there is some weird old man, demon looking thing with a beard and hat in the preview with a voice saying “the tyrant is rising—it is the beginning of the end?”  Bill is back and Lilith or is it Bill and Lilith.  Hit the comments Hiccupers and let us know your impressions of the sneak peek.  What do you hope will happen this season?