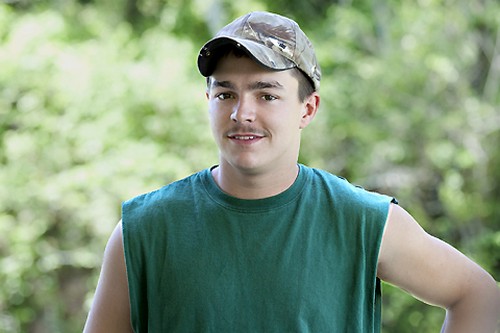 Buckwild reality star, Shain Gandee, was reported missing yesterday.  However, Shain has since been found dead in a vehicle in West Virginia this morning.

Shain and his close uncle were said to have gone on a off-roading trip in West Virginia, but never actually returned home. Sad, sad, sad. Gandee and his uncle were last seen at a Sissonville bar where they told other people what they had planned for the rest of the day, but they didn’t say where they were going.

The two haven’t picked up their phone in the last two days, and nobody knew where they were — which had The Kanawha County Sheriff’s Office in West Virginia release a statement for anyone with any useful information to come forward. They claimed that onlookers last saw the two at a local pub, before leaving for places unknown.

Police were tracking every route the two could have possibly taken, in case there might have been some kind of car crash involved. It’s very odd to hear that Shain nor his uncle would pick up their phone, so people were already looking at the situation as a deadly one.

The press release which was released yesterday stated that at the time, the family members had been reported them missing for 31 hours already. They were driving in a red and white 1984 Ford car which was owned by Shain, the police report states, before adding that the car could easily be recognized by its oversized tires.