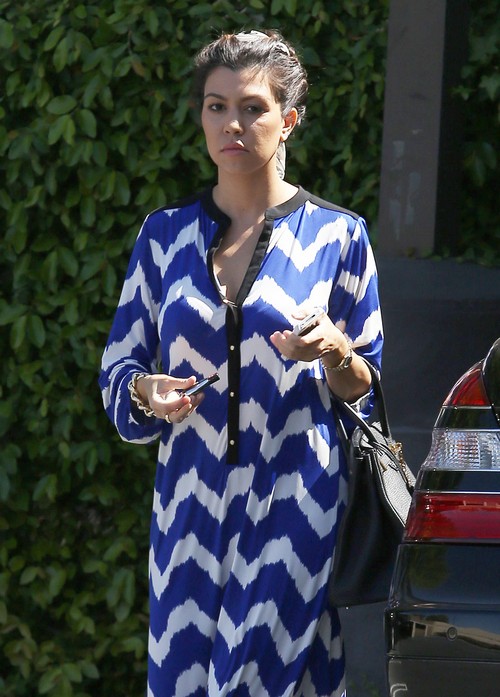 Khloe Kardashian has once again brought up her fertility struggles on the latest episode of Kourtney and Kim Take Miami. The 28-year old, who has been trying to get pregnant for the past two years, recently found out by her doctor that she wasn’t ovulating and therefore couldn’t produce a baby until she did, which is why she was given medication in hopes to increase her uterus lining to get thicker.

As sad as it is, older sister Kourtney Kardashian was told by Kim she should act as Khloe’s surrogate mother so that she can finally be happy and have a family of her own, but Kourt was far from impressed with the idea, saying: “I love being pregnant, but with my own children,” before she later changed her tune by agreeing that carrying Khloe’s baby may not be such a bad idea after all.

Khloe seemed more than emotional when she opened up about her fertility issues that she has been facing for some time now, saying the following: “About a year ago we just said let’s just let it happen — but when it didn’t happen, Kim was like, ‘Lets go to the doctor,’” she recalled. “I found out I don’t ovulate and my uterus lining isn’t thick enough, and I have to take pills to make my uterus lining thicker, and if that doesn’t get thicker I cannot carry a baby. Sometimes it just doesn’t happen.”

When Kourt had explained the idea of carrying Khloe’s baby to boyfriend, Scott Disick, he seemed less than pleased about the idea, but he also came around after seeing how upset the 28-year old was seeing that Kim was gearing up to tell the world she was expecting her first child, too. Disick, who was unsure about the plans at first then said: “I know how important it is for Khloe to have a child. I understand now.”

To find out what Kim Kardashian is craving during her pregnancy go visit HERE!