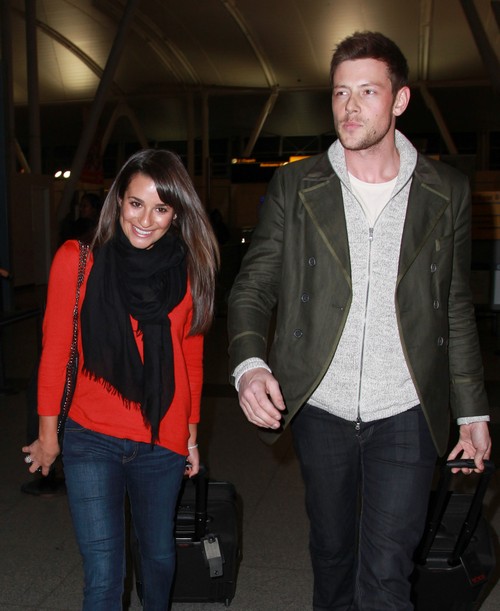 Lea Michele is staying strong while her beau and co-star, Cory Monteith, seeks for help in rehab for his substance addiction. The shocking news came just yesterday when the actor’s rep released a statement, admitting that Monteith had checked himself into rehab. It came pretty surprising as no one would have expected the 30-year to be dealing with such a terrible thing, let alone have the news break on Easter day.

Regardless of how much people may have been shocked by this, Lea has shown her full-on support to Cory, writing in a statement that she’s staying by her man through this difficult time in his life. “I love and support Cory and will stand by him through this. I am grateful and proud he made this decision.” Very much different to what she had written yesterday, just hours before the announcement was made. She wrote on Twitter: “Feeling so grateful today <3.”

This will be Cory’s second time to rehab; his first time was back when he was nineteen years old, believed to be due to heavy drugs and alcohol problems he was battling at the time, yet he managed to get it under control after his stay in a facility. Michele must have known about these issues that Monteith had been battling, he statement sounded like she knew it was going to happen sooner or later.

More support came Cory’s way when 20th Century FOX TV, the production team behind the Glee show, also released their own statement, saying that they were fully standing by his mind to do well and recover quickly. “Cory is a beloved member of the Glee family and we fully support his decision to seek treatment. Everyone at the show wishes him well and looks forward to his return.”