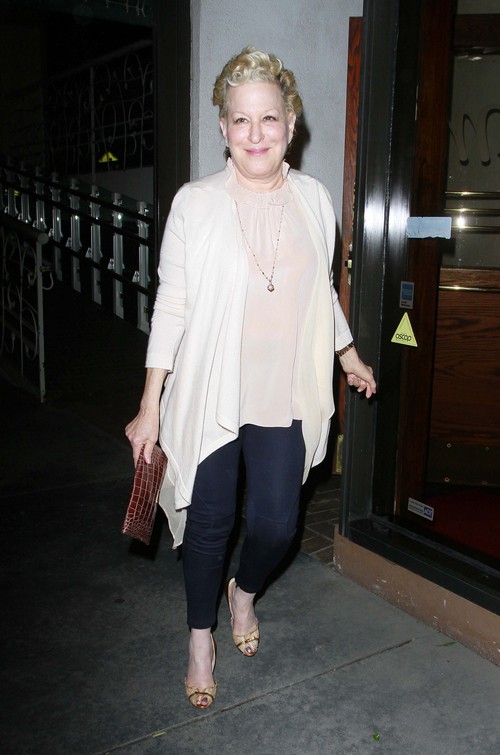 Kim Kardashian’s maternity wear choices haven’t exactly been the best in recent months, with many people criticizing her “tight” designer clothes – she desperately tried to squeeze in to – being very unhealthy for her baby. The reality star has been feeling very insecure about her weight gain, so the fashion flops she’s been suffering from haven’t done her any good, either.

Bette Midler actually reached out to Kim, suggesting that the clothes they sell for pregnant women around her area would be a perfect choice for someone like the 32-year old, who clearly needs advice from someone who may have had experience in dressing properly during pregnancy. The iconic singer took to Twitter as she oddly tagged Kim by mentioning where she could find the best clothes for her fuller size.

“I know it’s so last week, but @KimKardashian would look adorable in the maternity clothes they have just on my block!!” Midler tweeted on Monday. “I buy them myself!!” The reason we say odd is simply because a legendary singer actually giving someone like Kim the time of day makes us question ourselves why we praise “celebrities” such as the Kardashians. Ugh!

Kim obviously knew that she had to reply to the tweet, seeing that it was coming from someone who is very respected in the music industry, so of course Kim wasn’t going to turn down the offer to spend some time with Bette to find some better maternity wear, tweeting back: “Let’s go shopping!”

Kim is said to expect her first baby in July!