Lindsay Lohan’s Pregnancy Tweet a Joke or a Desperate Attempt at Attention? 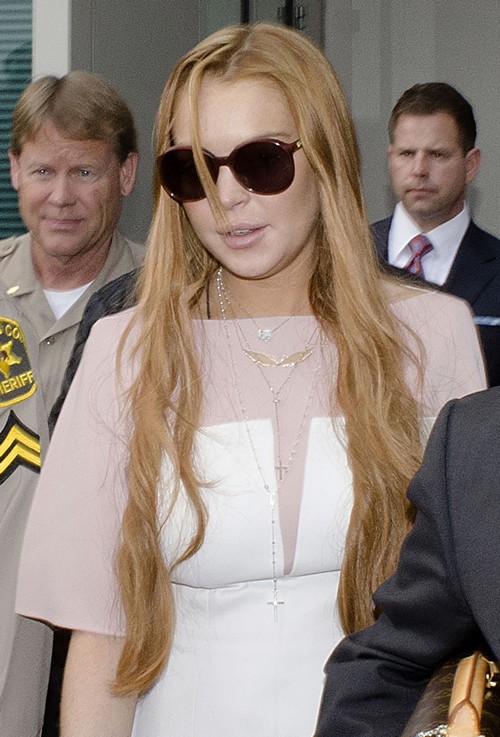 Our hearts almost fell out of our butts in shock when we saw the tweet from Lindsay Lohan which read: “It’s Official. Pregnant,” on April 1st.  Well, now that the tweet has been removed and it’s pretty clear that she was playing an April Fool’s prank… or she just felt like she needed some more attention, as if she didn’t have enough attention in March.

LiLo is heading to rehab soon, but decided to make a quick flight to Brazil to promote John John Denim who splashed out $100,000 for the actress to perform her promotional duties.  In the summer of 2012, Lindsay was seen crashing her rented car into another vehicle and told the cops that it wasn’t her who was driving, her assistant was – which was a blatant lie. She went to trial last month for that incident and pleaded no contest.

Along with her other mishaps, it’s pretty fair to get angry when someone like Lindsay says she’s pregnant, whether she’s joking or not. She clearly knew what she was doing. So, the reaction she got from that tweet was anything but good.  People called her an “irresponsible troubled human being” for being so stupid and getting herself knocked up, while another person wrote she was just doing it to avoid rehab time — which she is set to face in the weeks to come.

“April Fools. Where’s everyone’s sense of humor?,” was the tweet that followed just minutes before April 2nd. People definitely didn’t find her comments as funny as she did, and neither did we. The ‘pregnant’ tweet received well over 13,000 retweets before Lohan ended up becoming a worldwide trending topic herself — the overwhelming attention had her delete the tweet shortly after.

Another day, another Lohan drama story! But hey – let’s look on the bright side… it’s better than hearing about another useless Kardashian, right?