Glee’s Heather Morris Is Pregnant: What Will Happen To Glee? 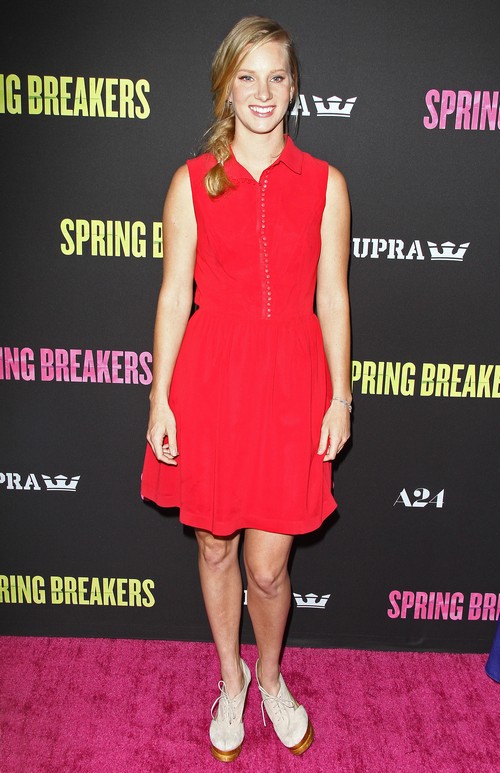 Glee’s Heather Morris is three months pregnant, and will most likely take a break from the hit show now that she’s starting to show a small baby bump, Us Weekly reports. The actress was said to have been surprised upon finding out she was expecting a baby, but wouldn’t have it any other way, she’s excited on starting a family with her beau.

A close source revealed that the 26-year old was surprised by her pregnancy when she took the test, saying: “She’s a little more than three months along and starting to show.”

Morris has been dating her longtime boyfriend, Taylor Hubbell for several years now. She even told Fitness magazine back in 2011 that could definitely see herself spend the rest of her life with him. Heather revealed the following: “It was totally unexpected, but they are incredibly happy and excited. I want to marry Taylor and have kids with him. I love acting, but if it affects my relationship, then I won’t continue.”

Okay, a baby is already on the way, so we’re assuming marriage is already in talks. Ha – good for her. No official word on what FOX nor Glee’s creator, Ryan Murphy will make of this, seeing that co-star Cory Monteith won’t be appearing in the the rest of the current series of the show either, after having checked himself into rehab for substance addiction.

Wait – what?! Will this mean that our two favorite characters on Glee will be missing the rest of the season? What do you make of Heather’s pregnancy and do you think she’ll return to the show once she gives birth?!