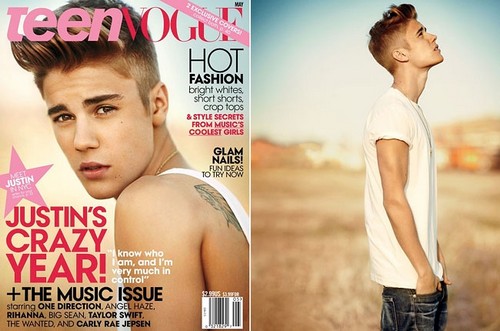 Justin Bieber feels like Selena Gomez is playing with his head after she reached out to him, giving him hope she wanted to get back together with him. The former Disney star was left embarrassed after seeing her latest movie, Spring Breakers, drastically flop at the box office, which had allegedly prompted her to try and get back in touch with Bieber when she realized her career was nothing without him.

Selena has been in contact with the 19-year old in recent weeks, but it was only recently that she gave Justin the hint she would be willing to try and give their two-year relationship another go, but Bieber is still not totally convinced. He feels that at this point, Gomez is just going back-and-forth — he never wanted her to leave in the first place, so when she ditched him back in January, he was absolutely heartbroken.

The ‘Baby’ singer’s recent outbursts in London were blamed due to the fact that he was struggling to deal with the break-up to his ex-girlfriend, so getting back together with her now could only worsen things, because nobody knows how he will react when she decides to leave him again. Note that Selena has called off her relationship to Bieber more than FIVE times in the two years that they dated. Clearly, she’s not taking it seriously.

“Justin was torn apart when Selena pulled the plug on their relationship in December,” an insider told TMZ. “Justin feels tortured, because Selena has not made a clean break – far from it. We’re told she is regularly calling him and sending him mixed messages, and it’s been messing with his head.” Just when Justin was slowly coming to terms with the fact that Selena no longer wanted him, she makes another move. How sad.

Meanwhile Justin recently told Teen Vogue that he doesn’t talk to no more than a handful of people on his phone, simply because he sees no need to talk to people he doesn’t have a family bond with. “Literally, my phone never rings. I only have, like, four people that I keep in contact with. I don’t need a bunch of friends to make me happy. I just need the people close to me that I love, that’s all.”  So, since Selena is calling him every now and then, does that mean they will be getting back together? We’re definitely not doubting it.