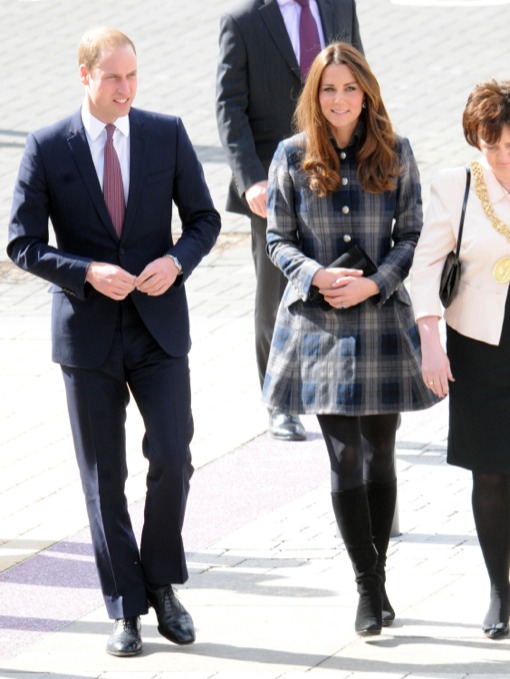 2013 is going to be a big year for Kate Middleton. Of course, we already know she’s having a baby, but a further announcement could follow later this year as the Duchess of Cambridge plans to try for another child straight after giving birth to her first. Yup! She’s not slowing down one bit, that’s for sure.

Her reasoning to try for another baby right away is mainly because Kate has fallen in love with pregnancy, OK Magazine reports. At first, she was feeling sick all the time and even had to be rushed to the hospital, but now, she’s feeling great and loves everything about being pregnant – she sees it as a bizarre experience – seeing that it’s her first – but she’s starting to get the hang of things.

Middleton had been the center of attention before she announced the news she was expecting a baby. She constantly made headlines for her tiny, fragile frame as many speculated she wasn’t eating at all, but those reports have been to rest seeing that Kate has supposedly packed on a whopping 35lbs and couldn’t be more delighted about it, either. She doesn’t care what her weight stands at right now, as long as she delivers a healthy baby to the world, she’ll be happy.

“Kate is full of the joys of motherhood and raring to start planning for baby number two,” a longtime friend dished. “Both she and Prince William think it would be fantastic to get pregnant again as soon as possible. as far as Kate is concerned, that means giving herself the rest of the year to recover, then trying for another baby in the new year.”

Last year, when the announcement was made, the Royal Family were left scared to hear that Kate had been rushed to hospital for her immediate treatment on morning sickness which later on followed the representative to leave a statement in regards to the couple, stating exactly why Kate needed medical attention. “It’s all very different now,” the source added. “They got quite alarmed that it was never going to happen. That’s why they just want to get on with it and have another one as soon as possible.”